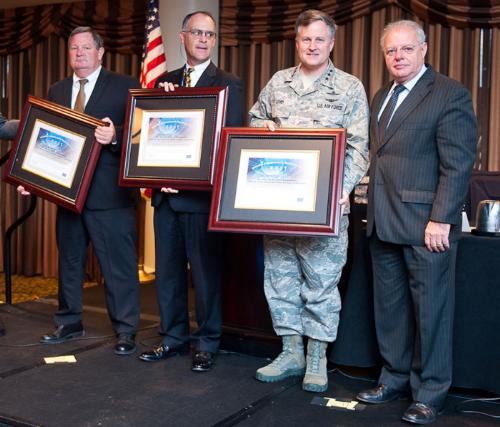 The Chief Information Officers of the Department of Defense, U.S. Air Force, U.S. Army, along with the U.S. Central Command and the DoD Joint Consensus Working Group, won the 2011 U.S. National Cybersecurity Innovation Award presented by the SANS Institute.

They were honored for developments in “baking” security into the configurations of computers deployed into warzones. That technique, originally pioneered by the Air Force between 2003 and 2005, was ultimately spread to all DOD computers.

The program resulted in the following benefits:

by Jackson Barnett • 51 mins ago
Acquisition