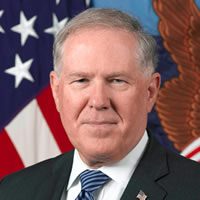 Frank Kendall, the undersecretary of defense for acquisition, technology and logistics, said sequestration is “a stupid way” to take money out of the Department of Defense.

Speaking at the 31st Annual Government Contract Management Conference in Washington, D.C., Kendall said sequestration doesn’t allow the department to prioritize its spending or to align spending with the strategy.

“We could make cuts in that way, but we don’t, definitely, want to do that,” Kendall continued, “It’s one of the tenets [Defense] Secretary [Leon] Panetta put forth when he asked us to redesign both the strategy and the budget. We need to have a modern force.”

Kendall said the defense secretary, Army Gen. Martin E. Dempsey, chairman of the Joint Chiefs of Staff, and other senior Pentagon leaders have been “very articulate about this” with strong comments on the topic.

“Nobody in Congress likes the idea of sequestration – that I’ve been able to find anyway,” he said. “Everybody wants to avoid it. The question is how do we do it? It’s in the law, and unless Congress acts it’s going to stay in the law and be implemented.”

Kendall noted the Defense Department gets a “certain amount of criticism” for not planning more for sequestration.

“We actually are starting to do some planning,” he said. “The problem is that sequestration — the way the law is written — doesn’t give us an enormous amount of latitude.”

Sequestration, would mean, Kendall said department officials going into every budget account and every line by taking out the same percentage out of each section.

“There aren’t a whole lot of things left in the budget that we can cut,” he said. “But if we’re going to have a superior force — a force that’s agile, that’s ready to go — … then the additional cuts are really very hard for us to absorb.”

“I do expect there’ll be a delay for a few months, and then after the new Congress comes in, in January, we’ll sort it all out,” he said.