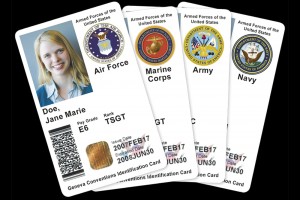 Social Security numbers on military identification cards will begin to disappear this month in an effort to protect service members and other Department of Defense card holders from identity theft, said Air Force Major Monica Matoush, a Pentagon spokeswoman.

Social Security numbers are currently printed on the back of common access cards along with the cards issued to dependents and retirees. Starting this month, when the cards expire, they will be replaced with cards that don’t have the Social Security number, but a 10-digit DoD identification number. There will also be an 11-digit DoD benefits numbers.

Also, the Social Security numbers embedded in the bar codes on the back of identification cards will remain temporarily, but will begin to be phased out next year. The cards will be phased out as they expire, so the process is expected to take four years.

by Jackson Barnett • 10 hours ago
Acquisition