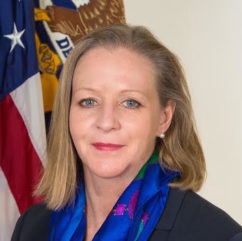 Labor Department CIO Dawn Leaf is retiring after serving the department since 2012.

During her tenure Leaf fought to modernize her department’s IT in the face of a limited budget. She confirmed her departure Thursday in an email to FedScoop.

[Read more: Labor CIO on the fight to modernize her department’s IT]

Before working at DOL, she also served as a senior adviser and executive program manager for the Cloud Computing Program at the National Institute of Standards and Technology.

The Labor Department’s press office said it wouldn’t comment on internal personnel matters but mentioned that Leaf recommended the department’s deputy CIO Gundeep Ahluwalia to serve as acting CIO when she leaves.

Leaf was honored as one of FedScoop’s Top 50 Women In Tech this year.

At the time, Leaf said the department has improved its “cybersecurity posture and worked on data center consolidation.”

“Using technology to change the business, the mission, to make the place where you’re working more efficient and more effective … If you like doing that, then being in technology is a great place to do that,” she told FedScoop.