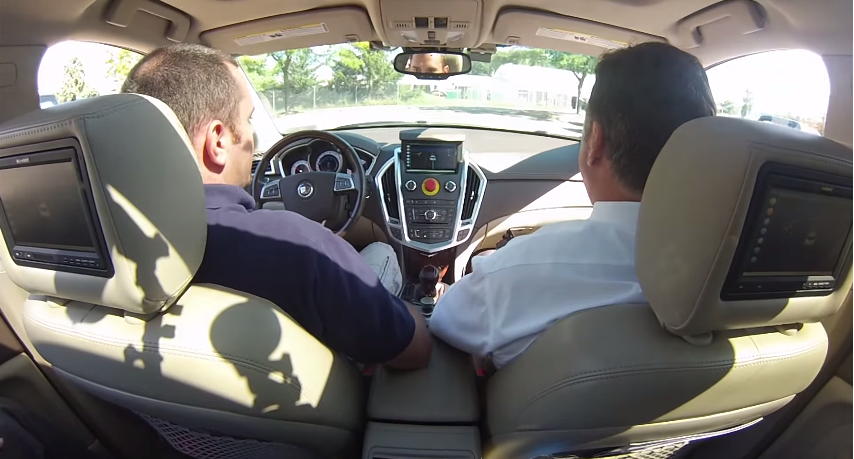 A bipartisan group of House lawmakers got a backseat perspective of a major technology that will likely soon make its way to Capitol Hill for regulatory consideration — the driverless car.

Lead by House Transportation Committee Chairman Bill Shuster, R-Pa., representatives took rides Tuesday and Wednesday on streets and highways near the Capitol in an autonomous vehicle owned and engineered by Carnegie Mellon University, located in Shuster’s home state. In all, a dozen or so House members tested the driverless car.

Shuster, who rode in a Carnegie Mellon autonomous vehicle last year, pressed his fellow lawmakers on the importance of testing this emerging technology to better understand it before legislation reaches the House floor.

“Autonomous vehicles and other emerging technologies have significant potential to increase transportation safety and efficiency,” Shuster said in a statement. “The future of transportation is coming quickly, and it’s important to provide policymakers with opportunities to gain a better understanding of these kinds of innovations.”

The car’s Capitol Hill test route showed lawmakers how it handles several different situations on the road, including multi-lane traffic around the U.S. Capitol building, intersections, traffic lights, lane changes and travel on Interstate 395 across the Potomac all the way into Virginia and back.

In the video below, you can see some representatives taking their tour around D.C. For the most part, the car navigates itself, with some exceptions like when the Carnegie Mellon team member in the driver’s seat has to take over control and hit the brakes. If you listen closely, the woman in the passenger seat, whose name was not given, exclaims, “Oh gosh. Stop!” As expected, there are still some kinks to be worked out.

Shuster’s fellow Transportation and Infrastructure Committee members Larry Bucshon, R-Ind., and Bob Gibbs, R-Ohio, also took the car out for a spin, later describing their experiences in a Q&A on Facebook.

“It was neat to see how the car had the ability to see pedestrians on the street corners and adapt to how traffic moves,” Gibbs said. “The steering wheel moves and the turn signals go on almost as though there is an invisible man driving. All of the sensors are incorporated in the car and bystanders yesterday had no idea that this was a driverless car. It’s the next generation of cruise control.”

While a full-on, intensive discussion of autonomous vehicles hasn’t yet hit the House floor, the matter has been brought up recently in the House Subcommittee on Highway and Transit. The subcommittee heard testimony from several experts, including Carnegie Mellon’s Dr. Raj Rajkumar, head of the team that designed the car that drove representatives around D.C.

Most of that early discussion revolved around the balancing of the perceived benefits of autonomous cars and the hurdles the technology must overcome before freely allowed on the open road.

“Vehicles and the infrastructure they utilize are becoming increasingly integrated with computer technology which has the potential to revolutionize highway safety and mobility in America,” said Rep. Tom Petri, R-Wis., in his opening statement last November. “In order to see these benefits come to fruition, federal and state officials should begin planning for the benefits and challenges that autonomous vehicles will bring to the future of our nation’s surface transportation system.”

And Shuster thinks the time start planning is now by introducing innovation into the thought process during the committee’s larger transportation talks.

“As the Transportation and Infrastructure Committee continues to develop a long-term surface transportation bill, we are working to help promote innovation,” Shuster said. “We have to encourage our state partners to utilize new technologies, and along with the states, we must begin planning for the benefits and challenges that new technologies will bring to our transportation system.”