AUSTIN, TEXAS — There was a focus on federal policy Tuesday at SXSWedu, with community college and E-Rate funding playing a significant role in discussions as the conference continued for the second day.

That will continue Wednesday, when Richard Culatta, director of the Office of Educational Technology for the Department of Education, will host a panel.

FedScoop spotted him between sessions Tuesday. He said about 20 education gurus from the agency and the White House combined flocked to the Austin conference to speak and share ideas with other speakers.

Culatta is preparing to host his own talk about Obama initiatives, called “ConnectED & Future-Ready Schools,” Wednesday, along with R. David Edelman, senior adviser for Internet, innovation and privacy policy at the Office of Science and Technology Policy. That may placate some conference-goers who were grumbling that there was no talk yet of the White House initiative, which aims to increase high-speed broadband access in schools across the country. 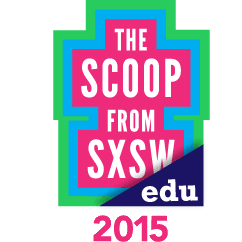 Below are some highlights from speakers and events during SXSWedu, Day 2:

Vice President Joe Biden’s wife, Jill Biden, spoke during a Bill & Melinda Gates Foundation-sponsored summit on the importance of community colleges. She promoted President Barack Obama’s free community college proposal and touted his Tuesday announcement at Georgia Tech of a Student Bill of Rights, which establishes guidelines to help college students pay back their loans and make sure they are treated fairly.

Biden has been an English professor at Northern Virginia Community College since 2009 and is thought to be the first second lady who has held a paying job while her husband is in office.

“In my classes, I find single parents who come to school in the evening, weary from a long day, yet eager to create a brighter future for their children,” she said. “I have taught veterans who return to the classroom to complete their higher education as they look to transition to civilian careers.

“In reality, this is the new student: They are often older and juggling work, school, and families,” she continued. “But, we all know that the responsibility for educating students is not the student’s alone. It is a responsibility that belongs to all of us. And, we must adapt to meet students’ needs in order to graduate more students.”

Billions of dollars have been poured into the Federal Communication Commission’s E-Rate program — and the money is being put to good use, school superintendents said during a panel called “The State of Funding: E-Rate Strategies.”

They said it’s the only money from federal coffers that is being allocated to drive high-speed Internet connectivity in classrooms.

The total funding that has been allocated from 1998 to 2014 has been nearly $40 billion, and the FCC added another $1.5 billion in December.

Abshire said she has seen the effect of increased connectivity in schools and libraries in her parish.

“Having low-speed Internet, [students] give up because they want it instantaneously,” she said. “Having a robust, reliable Internet connection is helping the entire community.”