AUSTIN, Texas — A number of elected officials spent time preaching to the tech masses at the South by Southwest Interactive conference this week about the need for Congress to have a conversation about the future of digital security in the U.S. The tech masses, though, are not sure if those conversations are going to change the tenor of the debate around encryption.

Over the five-day conference, officials spoke about Capitol Hill’s efforts to weigh in on the hotly contested encryption debate. Several said lawmakers need to do a better job creating a dialogue that produces something substantial and reduces the white-hot tension between the technology community and federal law enforcement.

“We have elevated this conversation to a place where it shouldn’t be in the court of public opinion,” said Rep. Will Hurd, R-Texas, during a Sunday panel.

A number of the conversations revolved around a proposed digital security commission, which would establish a panel of experts who would give recommendations to Congress on how to act.

The authors of the bill to create the commission — Sen. Mark Warner, D-Va., and Rep. Mike McCaul, R-Texas — told conference attendees that their plan would reduce the friction between the two sides while plotting a course of action for future technologies. 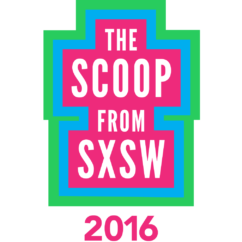 “You have parts of law enforcement and parts of the tech community talking past one another without a set of facts,” Warner said during a media roundtable Sunday. “The thing that we have heard repeatedly on both sides is you have to force us into the room so we can lay out things and get this problem fixed.”

McCaul said the commission is “urgently and desperately” important, and, if the commission becomes a reality, its recommendations should come in six months

“This is desperately needed,” McCaul said. “We think the commission would be an educational experience so that we don’t act in a knee-jerk response and we actually legislate after careful conditions from the experts.”

But some experts aren’t sure. During a Tuesday panel, Kevin Bankston, the director of New America’s Open Technology Institute, said he was skeptical about the impact the commission could have.

“There have been so many blue ribbon panels that have looked at this in the past several years, including President Barack Obama’s handpicked review group, concluding that back doors are bad for security,” Bankston said. “Why do we need another commission picked by the leaders of the House and Senate to talk about this issue?”

Heather West, a senior policy manager at open source software company Mozilla, said the message from technologists is not going to change just because they are behind closed Capitol Hill doors.

“I think history has shown us that whenever the feds get into a room and talk about this issue, and include the technologists to understand what can and can’t be done, they’ve come to the conclusion that they can’t build a secure back door,” West said.

In addition to the encryption debate, the commission would also look at Internet of Things, which is slated to grow to billions of devices by the end of the decade, Warner said Sunday.

“These problems are going to get exponentially harder,” Warner said. “You look at the geopolitical map, and we are the most Internet-tied country in the world. It can be exploited against us. It’s our strength but can also be a weakness.”

“This is the greatest challenge to law enforcement in our lifetime,” McCaul said. “I don’t see any other path other than we do nothing. There will be consequences to pay for that.”

Even as the tech community harbors doubts over whether Congress will do anything substantial, Hurd believes a leveling of the conversation will ultimately produce a result that everyone can live with.

“We can protect our civil liberties, defend our digital infrastructure and chase bad guys all at the same time,” he said.