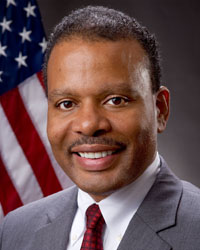 The Environmental Protection Agency is about to undergo a review of all IT projects less than $3 million in annual investment (it previously reviewed all projects more than $3 million) as part of CIO Malcolm Jackson’s continuing effort to improve efficiency and effectiveness.

The review will look at more than 80 smaller IT projects and be done in conjunction with the agency’s CFO office to get a better grasp of the risks associated with each project, Jackson said at an IAC-ACT executive session earlier today at the Metro Center Marriott. It is the beginning of what he hopes will become an annual ritual for the agency.

“We are going beyond TechStat reporting requirements to bring in reviews and processes that I’ve seen and used in the private sector and are known to be effective,” said Jackson, who came to the CIO post 10 months ago after serving as a Senior IT Business Unit Director of CIGNA Insurance Disability Management Business.

Jackson added that his other priorities along with aligning the agency’s IT with a stricter business philosophy include increasing service quality with greater standardization and clearer IT requirements, focus more on working directly with shareholders and attract talent including greater career development for already seasoned professionals.

And not to forget the cloud, Jackson said EPA wants to add three key applications to cloud-based services over the next 18 months to the agency infrastructure. He said the agency already is about to launch an e-learning application in the cloud and will be using GSA’s Managed Trusted Internet Protocol Services to aid in security. The agency has also started consolidating e-mail services.

“We think that we’re well-positioned going forward, but there are still challenges and budgetary issues we need to address going forward,” he said.

by Jackson Barnett • 3 days ago
Tech