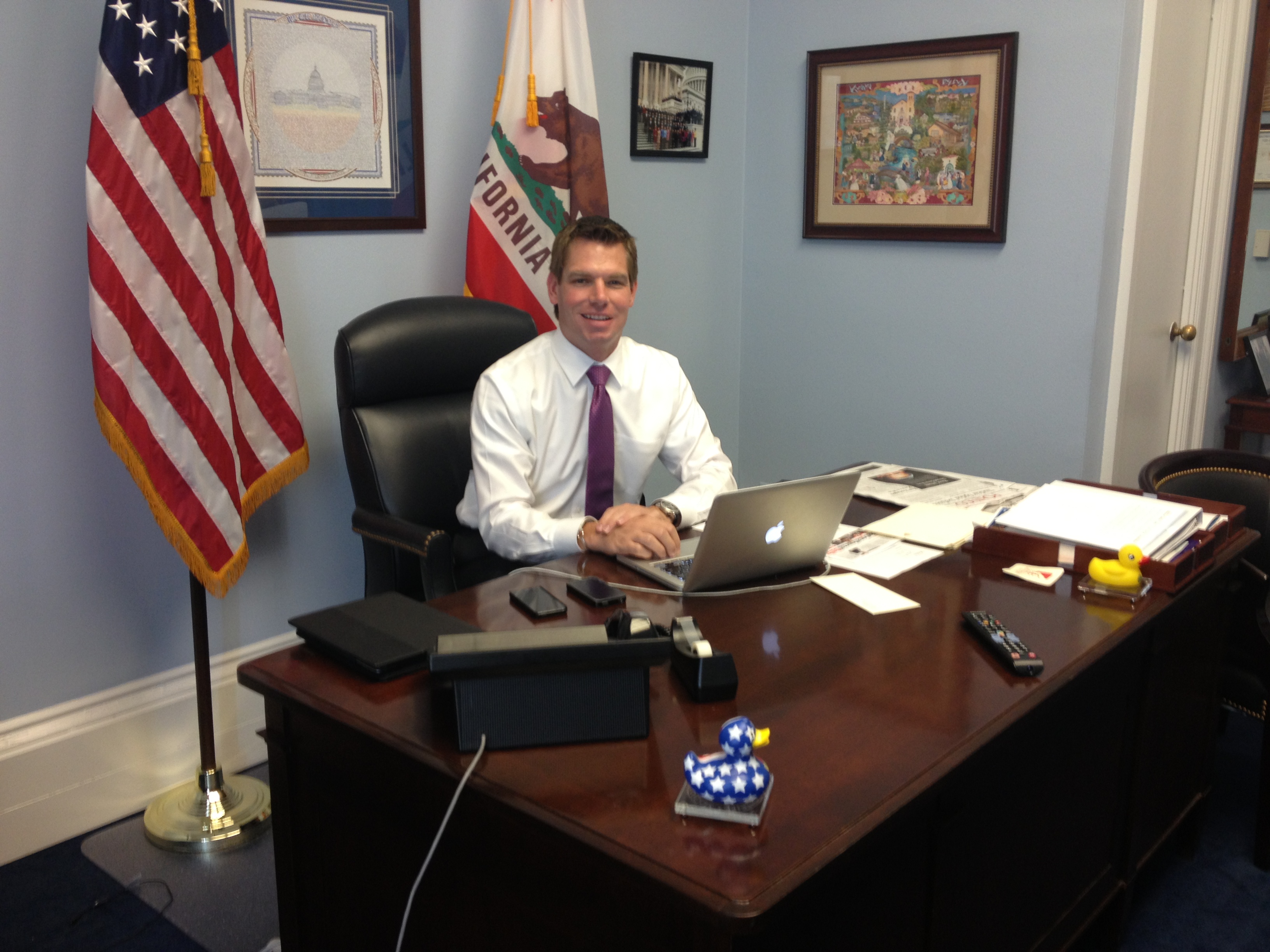 The 2012 congressional election in California’s 15th district shook up things.

The juicy plot of a young, ambitious attorney ousts a detached, yet established, incumbent from office, then heads to Washington with big plans would certainly be a blockbuster hit if brought to the big screen.

And the protagonist would be Rep. Eric Swalwell, played by an old-school James Stewart; sharp, edgy and a breath of fresh air.

In early July, Swalwell, along with Rep. Steve Pearce, R-NM, put forward legislation that would make Congress more mobile, and that’s literally what it is called — the MOBILE Congress Resolution. MOBILE stands for Members Operating to Be Innovative and Link Everyone.

Before you snicker at the acronym, this resolution is impressive. It would allow for absent members of Congress to participate in committee hearings via videoconferencing technologies, and also create remote-voting capabilities.

“I think we need to be in the chamber and debating on important issues,” Swalwell said. “But we don’t need to be there for some of the less controversial issues — like naming a post office. I think I could probably get an email about it, read the bill and vote remotely on it. I don’t see why that requires 435 people to be under the dome.”

This legislation would be especially useful to members of Congress who have a longer trip between their constituents and the Hill. In this year alone, Swalwell has flown more than 100,000 miles and has gone back to his district every single weekend, excluding the presidential inauguration weekend.

He doesn’t think members of Congress making the trip back to their district once a month is enough. Granted, it’s a taxing flight, but lack of connectedness to constituents is a major factor that helped Swalwell to push out former Rep. Pete Stark, a 40-year career politician.

He said the bill would also attract more people to Congress, especially women.

“It allows for more women to serve in Congress,” Swalwell said. “Many of them want to have families, but if they were to go out on maternity leave, they’d have to miss a number of votes. With this resolution, they could vote remotely while on maternity leave.”

Part of Swalwell’s struggle has been getting his colleagues in Congress to catch up with the times and support his resolution. Crossing party lines, Swalwell found Pearce, who also puts technology high on his agenda.

“I’ve been thrilled to have Rep. Swalwell join me from across the aisle on my efforts to make Congress more accessible and transparent,” Pearce said. “Our MOBILE Congress bill will open vast new opportunities for the people to participate in their government.”

For those who have yet to jump on the theoretical technology bandwagon, Swalwell looks forward to promoting his futuristic ideas for government.

“I see it as my goal, as a 32-year old from Silicon Valley in Congress, to really push the institution to embrace technology to better serve those we represent,” he said.

In this case, it seems Swalwell has chosen to lead through example.

Swalwell is very active on Twitter, averaging about 100 tweets a month, and constantly interacts with followers and fellow members of Congress. Against some of his staffers’ wishes, Swalwell still tweets all of his own material and runs his social media accounts. Including his Vine account, which he used to show his vote on strict abortion laws being voted on in the House.

For dramatic flair, he gave the “no” button a few extra pushes for good measure. Swalwell admits it was a slight “stick it to the man” move.

Stephen Cassidy, mayor of San Leandro, Calif., called it a “great use of technology and political action in one video” in his Vine comment on the video.

Swalwell’s embrace of technology in the political arena started during his campaign for Congress. He picks up his iPhone off his desk, and gingerly swipes through his pages looking for the app he says made him and his staff ditch the pen and paper when hitting the streets to campaign.

“It was actually on the road that I came up with the idea that mobile devices and conferencing could change the institution here and make us more technologically savvy,” Swalwell said.

So what does Swalwell have planned for the week? He holds up a list of the five constituents he plans to cold call this week, to ask how he can help them. For Swalwell, it’s just another way he tries to stay close to his constituents.