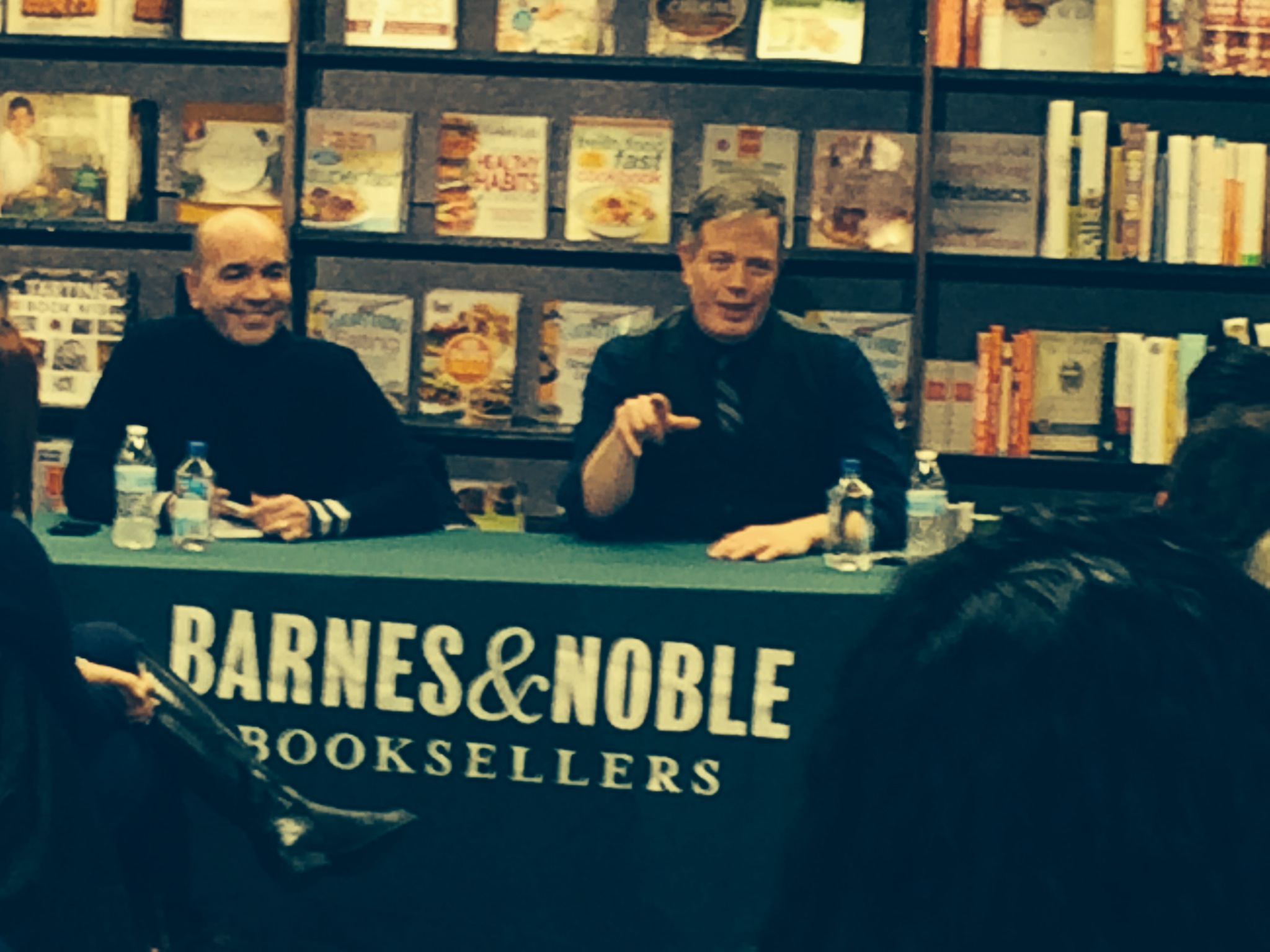 In every D.C. office, no matter how wonky it may be, there is at least one person who prefers, without shame, People magazine over The New Republic.

It was those people who left the office early, put on their best outfits and headed Thursday night to Barnes & Noble for a class in social studies from Tom Fitzgerald and Lorenzo Marquez, the Web’s top professors of celebrity fashion and pop culture.

Fresh off New York Fashion Week, the writers were in Washington to promote their first book, inspired by the growing popularity of their funny, snarky and slightly PG-13-rated blog, Tom & Lorenzo. Every day, millions of readers log on to learn what the Philly-based couple think about who is wearing what on red carpets, television shows and even at the White House.

“We don’t bring politics into our site at all,” Fitzgerald told the standing-room-only audience, but admitted when they write about what Michelle Obama (Shelley O., as they often call her) wears, they get so many comments from readers that “we can’t leave the house all day.”

Mrs. Obama generates more feedback than any other celebrity, the bloggers said, which isn’t surprising as they think she is the snazziest first lady ever.

The Philly-based couple answered questions posed by their bitter kittens (the name given to loyal readers) for more than an hour, sharing their thoughts on television shows (they are bored already with “House of Cards,” but think Claire Underwood’s style is amazing), the A-list they would most like to meet (Vogue editor Anna Wintour) and where everyone should shop for the best deals in high fashion (Gilt.com).

Despite their success — a second book is in the works — Tom and Lorenzo say they still very much feel like outsiders in the fashion industry. Though they are beloved for the clever way in which they mock a celebrity’s style, they still aim to compliment as much as they criticize.

“We have learned to write about women who aren’t size 2, who aren’t white,” Fitzgerald said. “We know we’re not curing cancer, but we don’t want to be just two gay men judging women.”