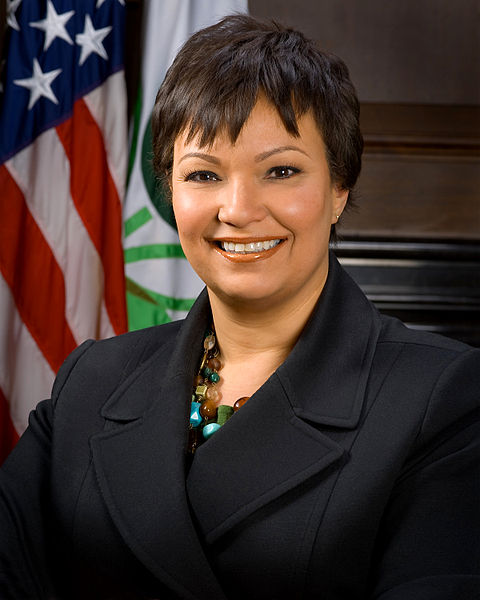 Speaking at The Wall Street Journal’s D11 Conference in California, Cook referenced Jackson’s hiring while discussing the company’s environmental record, which includes a new initiative to run its data centers on solar, wind or geothermal energy.

Jackson, who will be the company’s vice president for environmental issues, left EPA in February after serving since the early days of the Obama administration.

Jackson was the first African-American to serve as EPA administrator.

She made it a priority to focus on vulnerable groups including children, the elderly, and low-income communities particularly susceptible to environmental and health threats.

Before becoming EPA’s administrator, Jackson served as chief of staff to New Jersey Gov. Jon S. Corzine and commissioner of the state’s Department of Environmental Protection. Prior to joining DEP, Jackson worked 16 years as an EPA employee.