The former U.S. attorney who led the government’s prosecution of convicted spy Jonathan Pollard said it is “incomprehensible” that the Obama administration is considering releasing Pollard, a former Navy intelligence analyst convicted in 1987 of spying for Israel.

“For the president of the United States to be considering, in the midst of the Snowden scandal, releasing somebody who was secretly given Israeli citizenship and secretly given an Israeli passport is the height of idiocy,” said former U.S. attorney Joseph diGenova, who prosecuted Pollard for espionage.

“This would be the first time in U.S. history that the government would trade a convicted spy for terrorists,” diGenova said in an exclusive telephone interview with FedScoop. 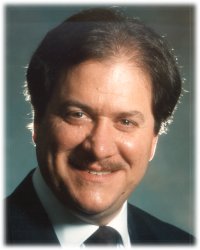 News reports have been circulating in Washington, D.C., that the Obama administration has been negotiating with Israel on a potential release of Pollard in return for Israeli concessions on settlements in the West Bank and the release of Palestinian prisoners. The goal of the compromise, according to reports, would be to help restart the stalled Israeli-Palestinian peace talks.

A former undergraduate student at Stanford University who once lied to his friends that he had close acquaintances within the Israeli intelligence service, Mossad, Pollard became a civilian intelligence analyst for the U.S. Navy in 1979.

By 1984, Pollard was working in the Anti-Terrorism Alert Center at the Naval Criminal Investigative Service. There, he had access to computer databases, CIA field reports and satellite reconnaissance photographs. All published accounts to date paint a picture of Pollard as a troubled individual who suddenly and somewhat surprisingly found himself with access to some of the most sensitive and highly classified national security information in the Defense Department.

Pollard soon befriended Avi Sella, an Israeli intelligence agent who had been posing as a graduate student at New York University. Sella quickly realized Pollard was ripe for recruiting, and asked him for any classified information he could get access to. Sella also told Pollard he would be paid handsomely. And he was.

Pollard’s espionage activity involved little more than printing out reams of classified documents from his computer, placing them in a brief case, and walking out of the office. The first time he did it, Pollard walked out with classified documents detailing alleged Iraqi chemical warfare plants. For this, he received $10,000 in cash and a $10,000 diamond and sapphire ring.

By his own admission, Pollard handed the Israeli intelligence service nearly 800 highly classified publications and more than a thousand intelligence cables from agents in the field.

However, Pollard’s short, unexceptional life as a spy came to an end Nov. 18, 1985, when he was arrested walking out of his office holding a briefcase full of top secret documents. It was only at that point – six years after he had begun abusing his access to classified data – that Pollard’s supervisors became suspicious of his insatiable appetite for classified information.

Digenova told FedScoop that during the investigation of Pollard’s activities, authorities believed there was another person inside the intelligence community who helped him. But while investigators had their suspicions about who the person could have been, they could prove nothing.

The suspicion stems from the fact that Pollard was given highly classified intelligence numbers of specific documents to steal. According to diGenova, no one would have known those numbers unless they had initial access to them.

“That’s a suspicion we had at the time,” diGenova told FedScoop, “and I haven’t seen anything since to disprove it.”

This story is the first installment in a FedScoop series of reports on espionage.