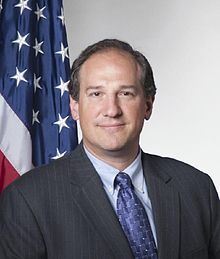 After more than 4.5 years as deputy secretary of the Labor Department and six months as acting secretary, FedScoop has learned Seth Harris is leaving the department.

Harris made the announcement Dec. 13, but will stay with the department through mid-January.

President Barack Obama nominated Harris as deputy secretary of labor in February 2009 and the Senate confirmed him in May 2009. Harris served as acting secretary after former Secretary Hilda Solis resigned in January 2013 until Thomas Perez was sworn in July 2013.

During the Clinton administration, Harris spent seven years at DOL, working as counselor to the secretary and acting assistant secretary of labor for policy, among other policy-advising positions.

In a statement, Harris said he is grateful to Obama and Vice President Joe Biden for the opportunity to return to DOL and work for the American public.

“I am proud of these accomplishments, and many others, and I look forward to staying involved in the policy debates at the heart of the Labor Department’s mission,” Harris said.

During his time at DOL, Harris worked to open up data. In an October 2011 blog post titled ”Liberating Data for Mainstream America,” he discussed DOL-sponsored contests for encouraging innovation through the creation of apps that use data from DOL and the Bureau of Labor Statistics.

“DOL agencies regularly produce mountains of data on enforcement actions, employment, unemployment, wages and other topics,” Harris wrote in the blog post. “This information can be useful for those searching for a job, workers looking for ways improve their skills, and consumers who want to know that the businesses they use value safe, healthy and fair workplaces.”

Harris is leaving the administration to return to academia, to practice law and work on other projects.