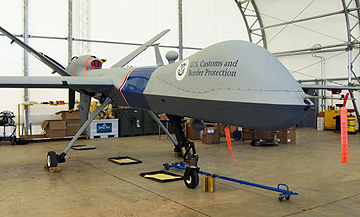 The Federal Aviation Administration Nov. 7 released the first roadmap for integrating civilian owned and operated unmanned aircraft systems, or drones, into the national airspace system, and said it would be seeking details on how operators plan to use any data collected by those drones.

The roadmap outlines current and future policies, regulations, technologies and procedures that will be required as commercial deployments of drones increases and FAA moves to foster the integration of UAS into the next-generation aviation system, known as NextGen.

“Government and industry face significant challenges as unmanned aircraft move into the aviation mainstream,” said U.S. Transportation Secretary Anthony Foxx. “This roadmap is an important step forward that will help stakeholders understand the operational goals and safety issues we need to consider when planning for the future of our airspace.”

“Our FAA forecast estimates that we can expect 7,500 small unmanned aircraft in our national airspace in the next five years, provided the regulations are in place to handle them,” said FAA Administrator Michael Huerta. “Right now, almost all of the unmanned aircraft operations we approve for public use and research purposes are on a case by case basis.”

Huerta said FAA plans by the end of the year to choose six test sites for civil unmanned aircraft. The test sites will provide information to help FAA develop policies and procedures to ensure safe, responsible and transparent integration.

In conjunction with the roadmap for integration, FAA also released the privacy policy that will apply to the UAS test sites. The policy requires operators to comply with all local, state and federal laws concerning privacy and civil liberties.

“We’re requiring the test site operators to create a privacy policy that is available to the public,” Huerta said. “And they must require anyone operating unmanned aircraft at the test sites to have a written plan for how they will use and retain any test data acquired. On a broader level, agencies across the government are coming together to work on privacy issues that may arise with the increasing use of unmanned aircraft beyond these test sites.”