Over the weekend, President Obama visited Malaysia for the first time. The visit was more or less overshadowed by the mystery of Flight 370, which tragically vanished March 8 with 239 people onboard during a flight from Beijing to Kuala Lumpur. The fate of that plane and the people on it have been a mystery ever since.

I’m as shocked as everyone else that while governments seem to be able to record every single phone call made on any given day and track anyone they want, an entire Boeing 777 could simply vanish mid-flight without a trace. 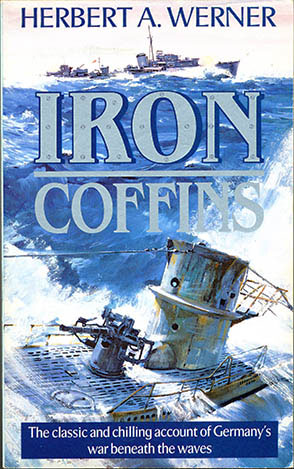 German U-Boat Commander Herbert Werner explained the limitations of radar tracking in his first person account of the convoy battles of World War II. Sadly, out over the ocean, not much has changed over the past 70 years. It remains largely a radar dead zone.

The problem in this case is that airplanes are tracked using very old technology invented and eventually perfected during World War II, namely radar. It works well, but only over land. As a plane travels across areas with radar coverage, it shows up on screens as a blip with flight information filled in beside it. This can help controllers on the ground determine if flights are moving in the correct direction and at the right altitude so that it arrives safely and don’t accidentally get too close to other aircraft.

Over the ocean however, or any really large body of water, coverage is mostly nonexistent because ground-based radar stations have a limited range. I just finished re-reading a fascinating book (about the fourth time I’ve been through it) called “Iron Coffins” by German U-boat Commander Herbert Werner. His first-person account of the initial successes and then declining fortunes of German submarines hunting convoys during World War II is an amazing read. And the observations Werner makes about radar are true even today.

When sailing near Allied coasts, his submarine would get pinged constantly by search radar whenever it was surfaced. Given that early U-boats had to run on the surface at least half the time to charge the batteries they used for traveling underwater, this was quite a lot of the time.

The U-boats were also much faster on the surface, so this was the preferred — if more dangerous — method of travel. However, once the submarine got out into the heart of the Atlantic Ocean, it was a radar dead zone, a place Werner lovingly called the black pit where he and his fellow wolf pack could hunt with impunity. This happened until about the midway point of the war, when the United States began to deploy ships with radar, and converted merchant vessels that could launch aircraft, also equipped with radar, to hunt the subs in the middle of the ocean.

Today, of course, we no longer have destroyers patrolling the middle of the ocean with radar, at least not all the time. So it has once again become a radar dead zone, the same as it was 70 years ago. Over in the Pacific and Indian Oceans, the areas of noncoverage are vast, extending for thousands of miles in all directions. Flight 370 entered one of those areas of zero coverage and never came out the other side.

The same thing happened over the Atlantic Ocean to Air France flight 447 from Brazil to Paris back in 2009. We only knew the plane was missing after it failed to arrive at its scheduled time on French radar. And it took almost two years to find that plane and learn that a combination of a storm and pilot error lead to its crash.

However, solely relying on radar to track planes in flight may soon be a thing of the past, as alien as the U-boat war in the Atlantic seems today. There are new technologies being worked on that will allow the tracking of flights with greater accuracy. The most promising is Automatic Dependent Surveillance-Broadcast, which FAA will require on all US commercial aircraft by 2020. In ADS-B, the plane determines its position using satellite GPS. It then sends that position every few minutes using a specific radio frequency setup for that purpose. Any aircraft with that system in place will never be subject to hitting a dead zone since the satellite coverage encompasses just about the entire planet, and certainly anywhere a commercial aircraft would be flying. At the very least, controllers would know where an aircraft was within a few minutes of it disappearing.

The means to accomplish a feat like ADS-B has been in place for a while now, but there has never really been an impetus to implement it. Unlike during the cataclysmic ocean fighting of Werner’s day, when radar advances and countermeasures were constantly deployed as both sides desperately searched for any small advantage, the peacetime world sometimes means slower technology implementation. But I think for air travel, it’s time to plug those holes in our coverage over the oceans. Not only will it facilitate safer travel, it could mean survival and quick help for anyone involved in a survivable air crash. There’s really no reason not to push forward.