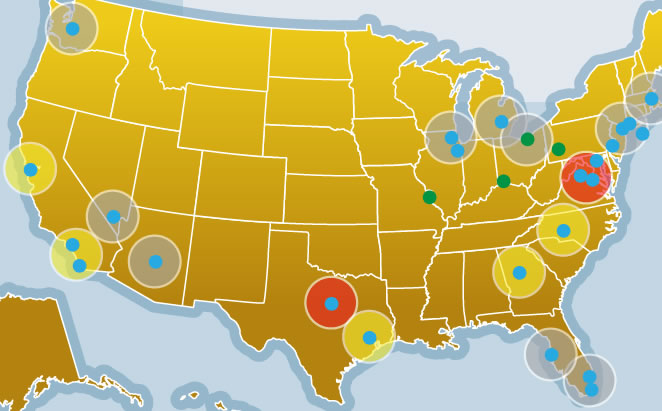 The Federal Aviation Administration launched an online dashboard at the end of January that provides increased transparency into the NextGen air traffic control system.

The new dashboard features data from Performance Based Navigation – the deployment of highly efficient flight routes that takes advantage of GPS and advanced equipment. Video depictions and an interactive map also highlight the benefits of PBN deployments accompany the PBN data.

The FAA is also working with aviation industry partners, holding a roundtable discussion last fall to discuss ideas on accelerating the benefits of the modernized air traffic system.

“The leaders were clear: immediate benefits could be gained by implementing fuel-efficient, satellite-based air traffic control procedures and using these procedures to reduce delays, energy consumption, and emissions while expanding air traffic capacity,” the three wrote.

“We agree – these NextGen procedures will provide broad benefits to our Nation, our economy, the travelling public and local communities. As a result, we are continuing to champion a series of actions to raise the priority, increase the transparency and accountability, streamline the deployment and foster increased use of these new flight paths.”