The FBI next month is scheduled to complete the monumental task of digitizing millions of criminal history files, civil records and fingerprint cards, the agency announced Friday.

In an extensive online multimedia posting, the bureau said it is just weeks away from completing a 20-year effort to digitize more than 30 million criminal history files and civil identity records and 83 million fingerprint cards. The files have been stored in large steel filing cabinets that have outgrown the FBI’s cavernous warehouse space in its Washington, D.C., headquarters building and at the Criminal Justice Information Services Division’s warehouse in Fairmont, West Virginia.

The digitization effort, expected to be completed in September, is part of the FBI’s Next Generation Identification system, a state-of-the-art biometric identification platform that has already cut the time it takes the bureau to match fingerprints to identities from hours to just minutes or seconds. NGI will fully replace the Integrated Automated Fingerprint Identification System, known as IAFIS. 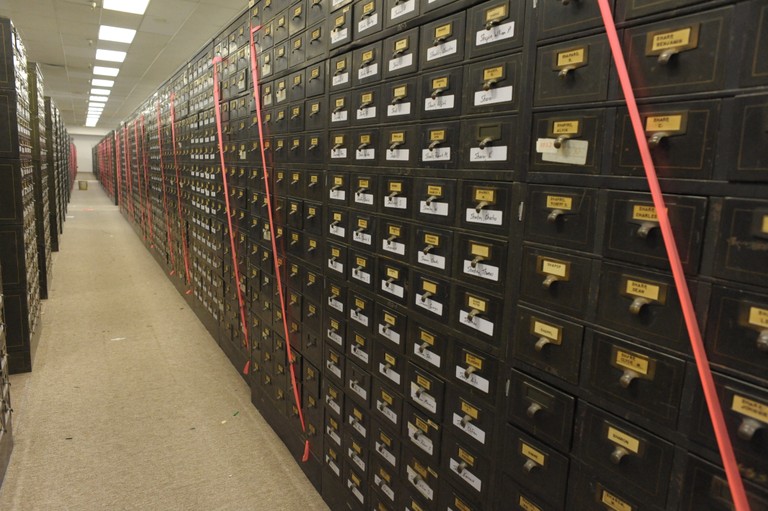 The FBI is in the process of removing and destroying its paper-based criminal files as it completes a massive digitization process as part of the Next Generation Identification System. (Photo: FBI)

“This is a monumental leap for us, because now we’re not taking months to get back with a positive identification,” Jeremy Wiltz, deputy assistant director at CJIS, said in a statement. “With our Next Generation Identification, we’re going to take that into seconds and sub-seconds.”

“Currently, right now, we don’t have anybody that does searching in the files,” said Donna Ray, an area manager with CJIS who’s managed the FBI’s records since 1974. “Everything’s been automated. Right now we’re preparing the files for destruction.”

The files that have undergone digital conversion include criminal history files dating back to the early 1970s and before; civil identity files of people born prior to 1960 who enlisted in the military or applied for a government job; and fingerprint index cards. Files are maintained until individuals are 110 years old or dead.

The FBI awarded the 10-year, $1 billion NGI contract in 2008 to Lockheed Martin Transportation and Security Solutions. But a protest by IBM Corp. delayed the contract from getting started until 2011. In 2010, CJIS broke ground on a new Biometric Technology Center and redoubled its efforts, digitizing 8.8 million files in two years.