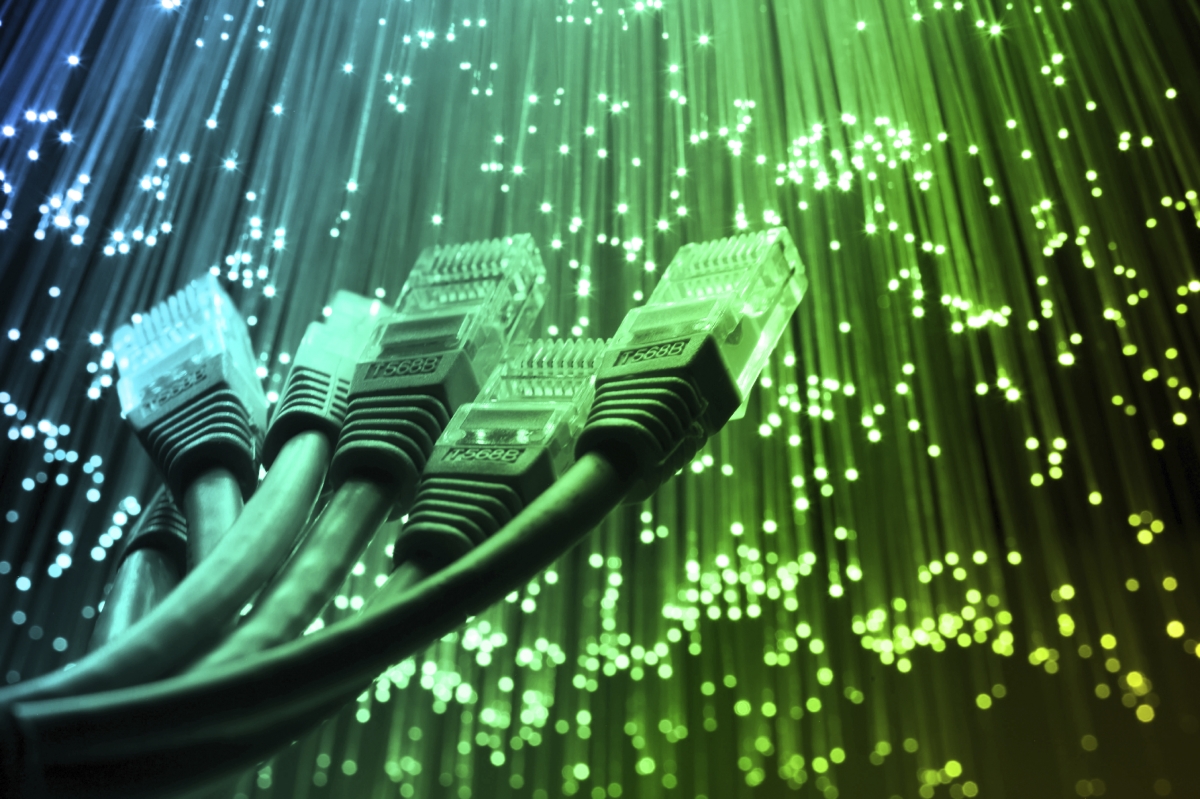 Wheeler’s remarks outlined his Agenda for Broadband Competition, which touched on topics that have become focal points for the FCC this year: the implementation of municipal and rural broadband, upcoming spectrum auctions and the controversial Open Internet rules.

“Since my first day as chairman of the FCC my mantra has been consistent and concise: ‘Competition, Competition, Competition,’ ” Wheeler said. “As we have seen today, there is an inverse relationship between competition and the kind of broadband performance that consumers are increasingly demanding. This is not tolerable.”

The four-point Agenda for Broadband Competition focuses on promoting and encouraging industry competition that ultimately benefits consumers and having the FCC step in to create competition where the commission feels it is lacking.

Wheeler spent a good amount of time discussing how various tech and telecommunications companies — cable companies, phone companies, Google — have been pushing each other as consumers press them for better speeds and service. But Wheeler admitted the entire system has reached a choke point: The FCC’s definition of high-speed Internet is outdated, speeds of 50 megabits per second and 100 Mbps do not reach enough homes and consumers face difficult obstacles to changing service if they desire to do so.

“The simple lesson of history is that competition drives deployment and network innovation,” Wheeler said. “That was true yesterday and it will be true tomorrow. Our challenge is to keep that competition alive and growing.” 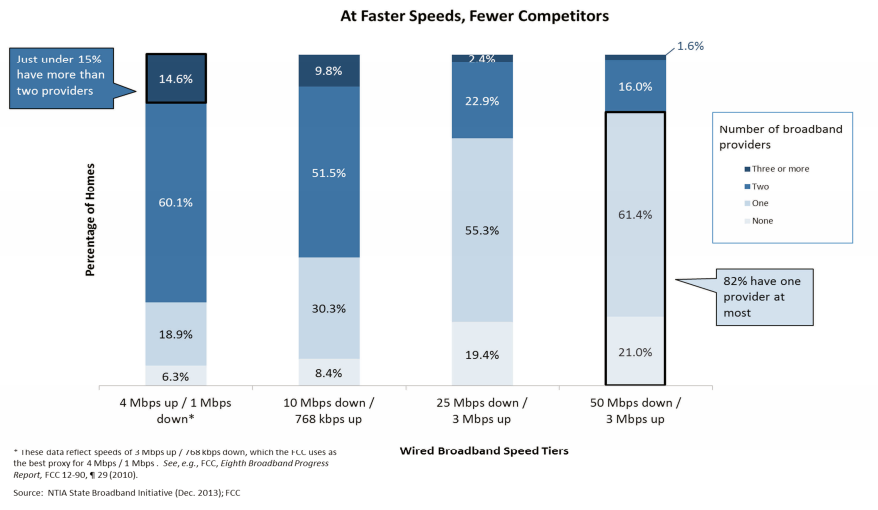 A chart FCC Chairman Tom Wheeler used during his speech Thursday that shows the amount of choice consumers have when it comes to Internet speeds. (Courtesy: FCC)

Wheeler spent a portion of his speech highlighting how consumers have little in the way of options as speeds get higher, relying on the chart above to point out flaws in the competitive landscape.

According to numbers from the National Telecommunications and Information Administration, 20 percent of the country does not have access to 25 Mbps broadband, what the FCC considers a benchmark for high-speed. Broadband access is worse in rural areas, with 14.5 million people unable to access basic 4 Mbps speeds.

Wheeler then took his argument a step further, saying that consumers who do have provider options are constantly given disincentives to switch service, such as high switching costs or early termination fees and equipment rental fees.

“Users cannot respond by easily switching providers,” Wheeler said. “As a result, even though there may be competition, the marketplace may not be offering consumers competitive opportunities to change providers, especially once they’ve signed up with a provider in the first place.”

Wheeler said the agenda will also focus on implementing policies at all levels of government, help facilitate new opportunities for fixed and wireless broadband and close the digital divide between urban and rural America.

“Our challenge — and by ‘our’ I mean both industry and government — is to do everything in our power to ensure that the United States has the world’s most dynamic and competitive broadband ecosystem with a virtuous cycle of new investment, new innovations and new services,” Wheeler said. “It is a lofty goal. But I have no doubt this is achievable.”