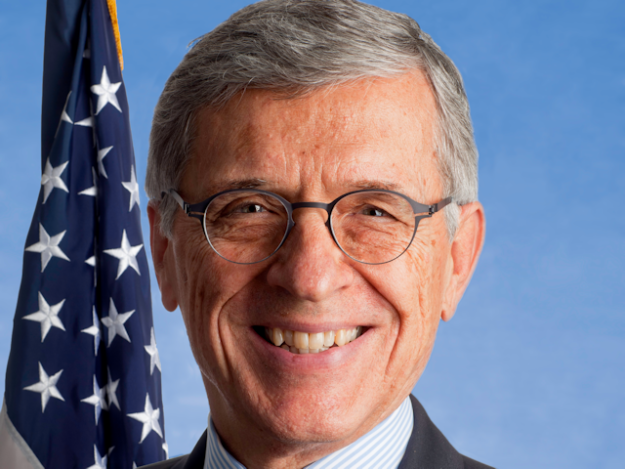 It’s customary for the chairman to leave in the wake of a new presidency, but Wheeler had stirred speculation by not announcing anything until this week. Technically, his term does not end until 2018.

In his last FCC meeting Thursday, Wheeler said his Jan. 20 resignation aligns with his ongoing position that he would cooperate with the new administration to maintain a smooth transition. But his intent to leave didn’t seem to be clear to everyone, particularly Senate Republicans.

The uncertainty was also said to hold up the Senate reconfirmation of Democratic Commissioner Jessica Rosenworcel. She was not reconfirmed, giving FCC Republican commissioners a 2-1 majority next year.

“Serving as FCC Chairman during this period of historic technological change has been the greatest honor of my professional life,” Wheeler said in a statement.

Under Wheeler, the FCC notably moved forward net neutrality rules, which would likely be rolled back in some way under a Trump administration. The rules give the FCC the power to regulate the Internet like a utility, preventing Internet service providers from creating “fast lanes” or degrading users’ access to content.

Wheeler did note in his last meeting that, “When you put five ‘type A’ personalities together, lots of interesting things happen, including that you might not always see eye to eye.”

But Wheeler said that while headlines focused on the commission’s differences, “together we accomplished a lot.”

Commissioner Michael O’Reilly, who worked for Republican leadership in Congress before coming to the FCC, thanked Wheeler for his service in a statement.

“While we may not have always agreed on the substance or procedures of Commission work, Tom is passionate about his views and committed to solving communications problems, including our work together on Rate of Return reform,” O’Reilly said.

Similarly, the senior Republican on the FCC, Commissioner Ajit Pai said in a statement, “Chairman Wheeler brought passion and tenacity to the playing field each and every day. Despite our differences in many areas of communications policy, I commend him for his years of public service.”

Toward the close of the meeting Wheeler said: “Wow what a group you are.”