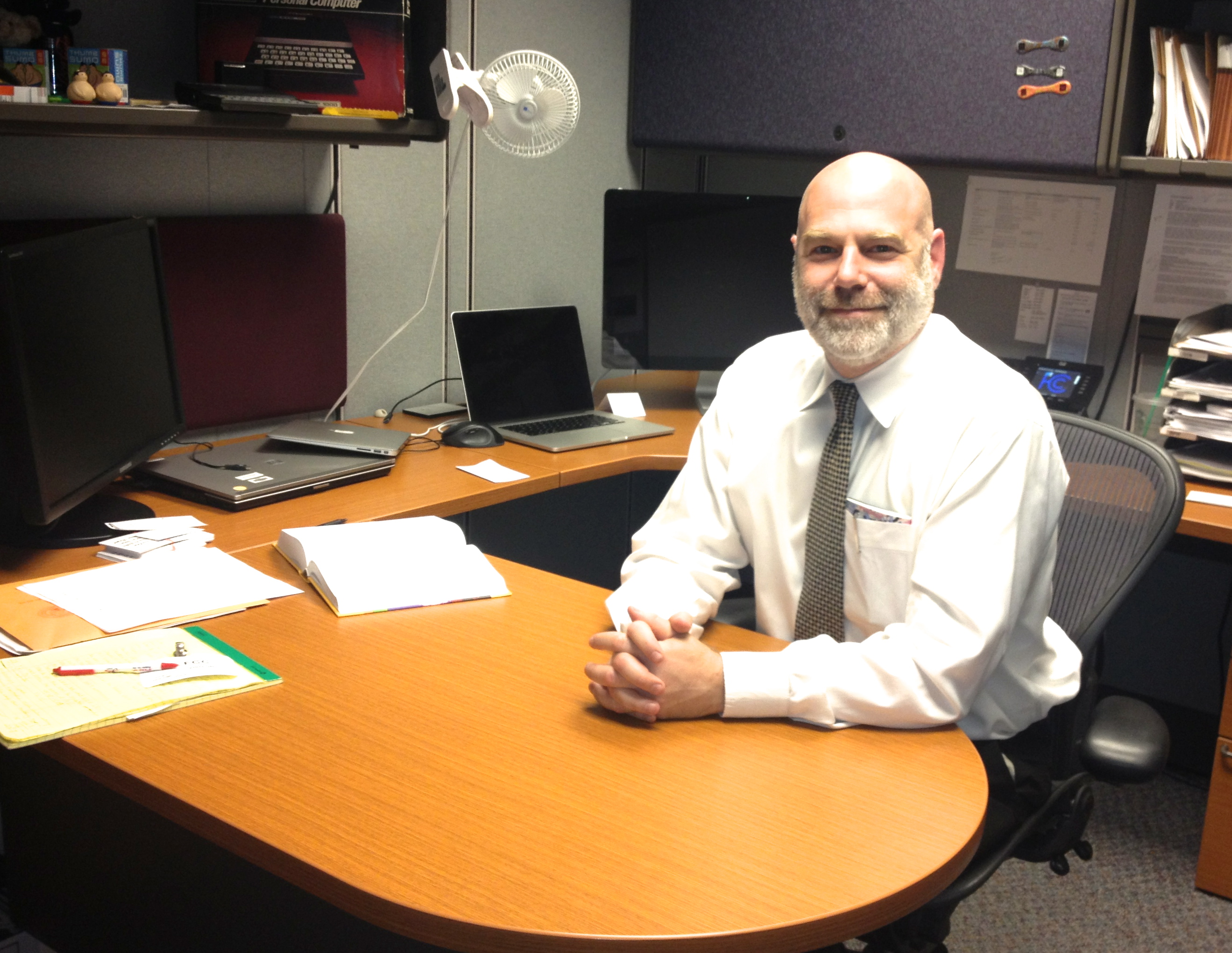 Many technology professionals can trace their passion back to an early age.

Federal Communications Commission Chief Data Officer Greg Elin is no exception. His interest in technology took root in his teenage years when he used some of his bar mitzvah money to buy one of IBM’s first personal computers.

However, his love affair with data began later, in the heart of “Silicon Alley” during the dot-com boom. After getting his graduate degree from New York University’s interactive telecommunications program, Elin got a part-time database consulting position at the university.

That role turned out to be a precursor to future data-oriented roles: In the fall of 2005, Elin did some data consulting for the Sunlight Foundation, and in the spring of 2006, he began a six-month engagement with the Sunlight Labs.

“The Internet had marched through a number of industries by 2005; Web 2.0 was here and it looked like the time was right to try to have a big impact on political campaigns and government,” Elin said.

What started as short-term gig soon became something permanent, with Elin staying nearly three years with the foundation. He then joined FCC in early spring of 2010 as associate managing director of new media. Later that year, Elin became acting chief data officer and by the yearend was sworn in as the agency’s first chief data officer.

In his nearly three years in the role, Elin has had his hand in several projects. His focus has been most drawn to taking an innovative approach to how FCC manages, supports and keeps track of its data.

“We really want open data and the use of data to be a part of the culture and how we do business,” Elin said.

He used data collection and crowdsourcing methods on an FCC project to collect broadband quality measurements. About 7,000 homes participated in initiative — the Mobile Broadband America project — which included a mobile application that runs in the background of a user’s cell phone and measures connectivity quality in real time.

“For the last three years, Greg has injected an important focus on data throughout the FCC’s operations,” said Gray Brooks, Elin’s former co-worker who now is at the General Services Administration as a senior API strategist. “His work has helped drive FCC’s rollout of APIs and robust developer engagement as important elements of the agency’s mission.”

While “data evangelist” is a relatively new title, it encapsulates the work Elin has been doing for years preaching the benefits of opening up data. Sharing data is nothing new to FCC; what has changed is the amount and format of the data, he explained.

“There has always been a tradition of openness in the United States and with the United States government; it’s written into the DNA, it’s in the Constitution with Congress having to report back to people, and the president having to report to Congress,” Elin said. “So the idea of transparency and availability of information has always been around. The question then becomes what information should be reported, how transparent should it be.”

It is essential to not understate the importance of using data to keep agencies in line with their missions, he said. The ability to operate across entire data sets allows the agency to look for causes and effects within the organization.

However, data is about more than identifying waste, fraud and abuse. It’s also about accountability for agencies — a way to measure what they’re trying to do and whether they’re doing it well, Elin said. Elin works with these data sets to ensure their value is benefitting FCC.

“My responsibilities have been around improving how we collect data and improving how we share that data out,” Elin said. “It’s much more about making that data a better asset for more people to use, both internally and externally. Also, championing a formal and informal culture around the value of data as an asset.”

Those responsibilities are about to shift, however. Elin’s FCC career ends this fall when he will head to the private sector. Elin’s next opportunity comes from funding he and others received from the James L. Knight Foundation for the Knight News Challenge. Elin didn’t elaborate on the details, but expressed excitement about the opportunity to create a startup.

As Elin moves on to the next part of his career, he’ll keep his passion for data and technology close to his heart.

“I like technology because it’s really about people more than it’s about equipment,” he said. “It is something that is created by people, it encapsulates what people care about it and it encapsulates their knowledge and expertise.”

Part of Elin’s responsibility before he leaves is helping FCC find a new chief data officer. The role was initially created so FCC could keep up with the evolving role of data in government. The idea was also to establish a group that dealt explicitly with data and coordinated with all FCC bureaus and offices.

FCC is far from alone in having a chief data officer; in the last year, the Federal Reserve Board and the National Institutes of Health both created similar positions. Elin said more agencies can expect to hire chief data officers to manage the continuously growing data operations.

“It’s clear that positions titled ‘chief data officer’ are going to start appearing at more agencies,” he said. “They might not always be called that and they might already be there under a different title, but I think absolutely we’re going to see more people in this role.”