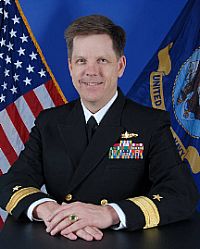 David Turetsky, former chief of PSHSB, will act as the coordinator of FCC’s informal task force on international disasters.

Simpson previously served as vice director of the Defense Information Systems Agency. During his time there, he helped provide interoperable global communications for the defense community.

“[Simpson] has a proven track record working with a diverse community of government agencies to manage integration of communications systems in challenging environments, and the public safety and network security communities will benefit from that depth of expertise and experience,” Wheeler said.

Simpson graduated from the United States Naval Academy in 1982 and later received his master’s degree in systems technology from the Naval Postgraduate School.