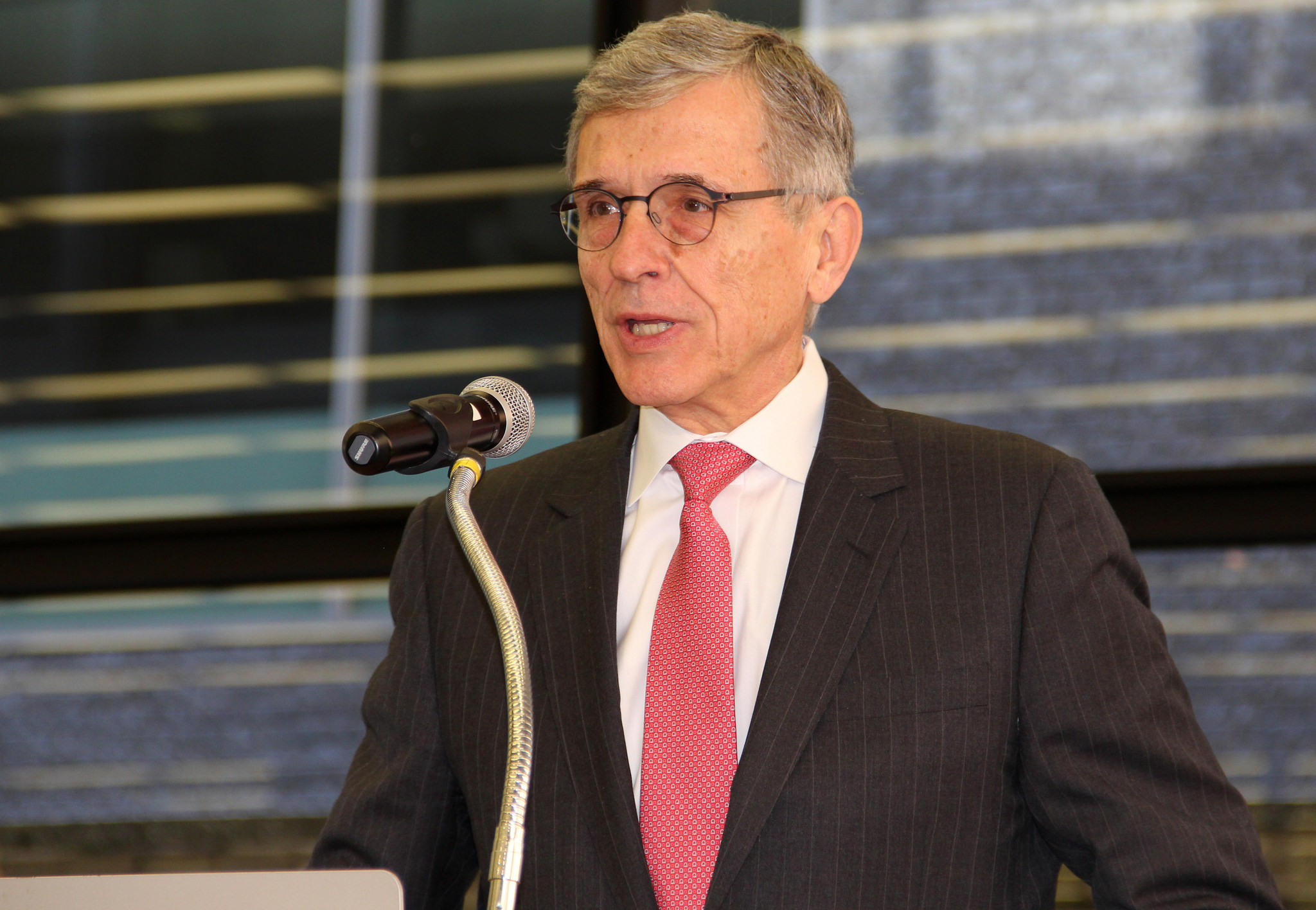 FCC Chairman Tom Wheeler said in his prepared testimony Wednesday: “We cannot be a nation of opportunity without networks of opportunity.” (ALA Washington Office/Flickr)

Federal Communications Commission Chair Tom Wheeler told the House Committee for Small Business Wednesday that regulating Internet service providers through Title II of the Communications Act is “very much on the table.”

Wheeler spoke in front a committee during a session aimed at determining whether the FCC was responding to the needs of small business and rural America. When asked by Rep. Nydia Velazquez, D-N.Y., about the repercussions of Title II, Wheeler said the FCC is trying to protect “the virtuous cycle” of innovation spurred by the Internet.

“Activities like blocking or choosing one provider, fast lanes, degrading a service…all interfere with virtuous cycle,” Wheeler said. “Do we use 706 authority or do we use Title II? We have asked for input on the Title II question. Title II is very much on the table.”

Wheeler also told Rep. Tom Rice, R-S.C., who expressed concern over Title II, that balancing the needs of small business with that of the larger telecom companies is a challenge.

“It’s clear that there must be an open Internet,” Wheeler told Rice. “That’s what’s necessary for small businesses, entrepreneurs and consumers. But communications carriers are investing $60 billion a year in infrastructure and we have to have that. We don’t want to put in rules in place that would disincentivize companies from making that kind of continued investment.”

Title II refers to Title II of the Communications Act of 1934, which would allow the FCC to classify Internet service providers as common carriers, preventing them from creating paid prioritization. The FCC’s new Open Internet proposal weighs whether the agency could do this under Title II or Section 706 of the Telecommunications Act.

When asked how the battle over net neutrality would ultimately affect small business owners, Wheeler told committee Chairman Rep. Sam Graves, R-Mo., that of the thousands of emails he has received on the topic, the ones from small business owners have resonated with him the most.

“The [emails] I have most been interested in are from teachers and small business people,” Wheeler said. “I bring 30 years experience as a small business person, including the scars of my companies being denied access to networks. I am a fervent believer in open Internet.”

Wheeler’s appearance before the committee comes after he spent the day listening to roundtables at FCC headquarters during which numerous people spoke about the implications paid prioritization would have on the Internet. Another roundtable is scheduled for Friday.

You can read Wheeler’s prepared testimony on the House committee’s website.