“From the water you drink, to the meal you eat, to the drug you might take, or the device you might use – all of those [could] be personalized to you,” Taha Kass-Hout said during a panel at the Center for Data Innovation in Washington, D.C., that examined how big data could drive innovation in government. 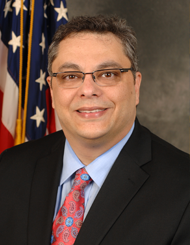 Such an advance, Kass-Hout said, would require tapping into big data as well as collaborating with industry, academics and entrepreneurs. Kass-Hout spoke as part of a panel of five representatives from the federal government and private sector, who all weighed in on the government’s big-data successes – and where it could improve.

During the event, Dean Silverman, director of the IRS Office of Compliance Analytics, said his agency deals with enormous amounts of data — there are 140 million taxpayers in the U.S. — and so even the smallest mistake can generate major consequences.

“A small percent of a large number is a really large number,” he said. “The ability to use this data allows you to be more accurate in your anomaly detection.”

At the same time, he cautioned that data itself should not guide innovation.

“Strategy should lead, analysis should follow and data should be the raw material that goes into it,” he said.

Meanwhile, Kass-Hout touted OpenFDA, a platform through which developers and researchers can access FDA information on medications, devices and enforcement actions using an API. Before OpenFDA, just figuring out, for example, a patient’s risks associated with taking acetaminophen, based on factors like age and location, could take as long as two years, he said.

“For decades, we had public data,” Kass-Hout said. “But it was really impossible to use that data.”

To make the data easier to retrieve, the agency opted for a user-centered process, bringing together industry and developers to develop the API. They used an agile approach, putting out developments in two-week sprints. Interest was immediate, he said. When OpenFDA debuted in June, the API received 100 hits per second.

Looking ahead, Kass-Hout told FedScoop after the event that FDA is conducting a pilot project to use big data to better inspect shipments from foreign countries.

There’s a whole methodology behind what shipments to examine and how to factor in a pallet’s risk, he said. “And we can expose that through an API.”

He also said in the next few weeks, the FDA planned to open an innovation lab that would allow researchers in industry and academia to present ideas to the agency or work on the problems it faces.

“Often times, I hear from government that [innovation] takes too long,” Kass-Hout said during the panel. “It’s a long process. You have to commit resources … but it is doable.”

by Billy Mitchell • 6 hours ago
Tech