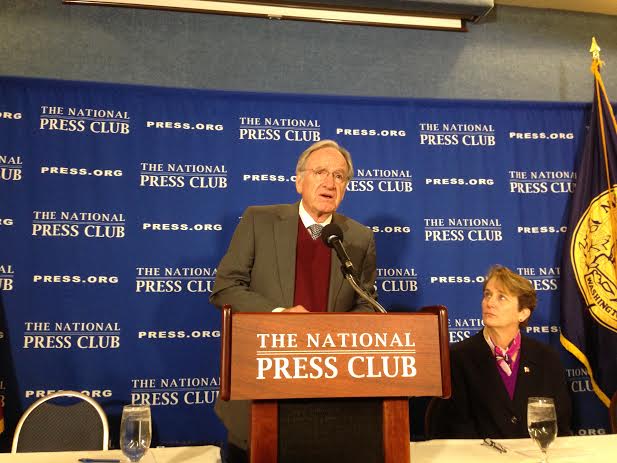 Employees who are federal contractors may have a new option for retirement savings if Sen. Tom Harkin’s Universal, Secure and Adaptable Retirement Funds Act of 2014 gains traction.

Announcing the introduction of the bill at the National Press Club in Washington, D.C., on Jan. 30, the Democratic senator from Iowa unveiled his plan to create a system that would require federal contractors and other private employers to enroll their employees in a pension plan, unless the employer already offered a plan.

The United States citizens’ retirement situation is “one of the darkest clouds hanging over the future economy of America,” Harkin said at the press conference.

According to Harkin, the retirement income deficit – the amount of money people have saved for retirement versus the money they need – has reached $6.6 trillion.

Harkin added that half of all Americans have less than $10,000 in savings.

The bill, if passed, would automatically take 6 percent of an employee’s paycheck and invest it into a pension up to $10,000 a year. Employees may opt out of the program.

The employer would not take on any extra burden except for making the payroll deductions. If the employers choose, they can match funds, but it is not required. Employers can invest $5,000 a year per employee.

The fund would be privately run by a board of trustees and overseen by the Labor Department.

“This will fill a critical need for half the Americans that don’t have retirement plans,” said Mary Kay Henry, president of the Service Employees International Union, at the conference.

Currently, only one in five Americans have a pension plan, according to Harkin.

The announcement comes on the heels of a savings program introduced by the Obama administration Jan. 28 at the State of the Union address.

The savings program, dubbed My Retirement Account or MyRA, will automatically invest an employee’s money in an IRA.