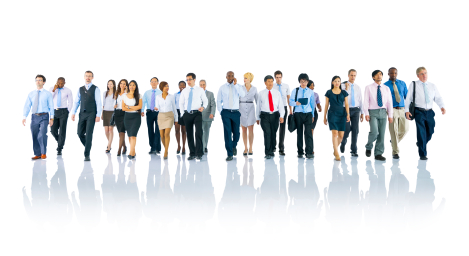 In a year plagued by the hangover from sequestration and the government shutdown, the 2014 Federal Employee Viewpoint Survey shows that federal workforce morale isn’t getting any better, and negative feelings for senior leadership might be the lead culprit as it has dropped to a five-year low.

Each year, the Office of Personnel Management conducts the survey, questioning hundreds of thousands of federal employees on their perception of engagement, motivation, satisfaction, support and other topics surrounding their employment. While OPM was quick to point out that 90 percent of federal employees are hard workers “willing to put in the extra effort to get a job done,” that’s overshadowed by continued downward slide in feds being happy and engaged in their jobs.

Looking at year-over-year change in the federal workforce’s perception on topics like sense of purpose, belief in leadership, and having feelings of motivation and competency, the annual OPM survey results reveal that governmentwide employee engagement sank by a percentage point, dropping from 64 percent in 2013. That number has steadily dropped since 2011, when it reached 67 percent, the highest in the last five years.

The overall employee engagement score is a composite of the nearly 400,000 respondents across 82 agencies, OPM Director Katherine Archuleta explained in a conference call, and digging deeper reveals what might be causing that downward trend. One of the biggest decreases in engagement: Employees’ views on leadership saw a 3 percent plunge since 2013 and 6 percent when compared to 2011.

The statement “In my organization, senior leaders generate high levels of motivation and commitment in the workforce” garnered just a 38 percent positive response, a 7 percent drop since 2011.

The Partnership for Public Service gets a good sense of OPM’s FEVS data each year when it uses it to form its “Best Places to Work in Federal Government” rankings. John Palguta, vice president of policy at PPS, said since 2010, he’s seen nasty downward trend in engagement while putting the list together.

“As I thumbed through [this year’s survey], I just see way too many downward pointing arrows in terms of the trend analysis,” Palguta said. “There’s a few little bright spots, but overall these results are disturbing. There’s no way to whitewash it.” He was particularly surprised that leadership was so low, given that a major problem at one agency or a few would be evened out governmentwide. But drop of more than 1 percent, he said, is pretty startling.

“While leaders across the government would like to see these scores go up, we have to remember that this has been a very difficult time for federal employees, and it’s going to take time for them to recover from an extended period of sequestration, furloughs and the government shutdown,” Archuleta said. “The FEVS is valuable because it shows us as leaders where we need to focus those recovery efforts.”

Palguta agrees with the director, saying that the traumatic events of the shutdown last fall still lingered when the survey went out, and respondents looked to leadership to be held accountable.

“I think some of that is misplaced unhappiness, maybe more a result of the political process than the leadership,” he said. “But still, you hold your leaders accountable.”

Archuleta and OPM think agencies can use the data from this survey, along with powerful digital tools like UnlockTalent.gov, to improve upon where the survey shows they are lacking. “We believe this survey is one of the most valuable tools OPM provides to agencies because it helps agency leaders know and understand with their employees, even at the department and office level,” she said. “It helps them make strategic decisions about their workforce initiatives.”

Participants tend to disagree. Only 38 percent “believe the results of this survey will be used to make my agency a better place to work.”

Paul Wilson, vice president of federal solutions for the Ken Blanchard Companies, said, again, it comes down to a lack of leadership accountability that causes that distrust.

“There’s a lack in confidence that things will be done,” Wilson said. “A lot of times what leaders are going to be doing to solve these things are either not done at all or budgets are cut and they’re not implemented. It’s a difference between saying things are going to be done and then actually doing them. The survey happens year after year, but internally, they know that those developmental areas are not changing.”

Despite the poor results, the opportunity to turn things around has just begun. Palguta said the survey isn’t some magic book full of answers; rather, he said, “it tells you the questions to ask,” like why employees feel that way and what can be done about it. “The value of this is not to shake our heads about things going the wrong,” he said. “It’s figuring out how do we take this information and turn things around.”

It’s also not impossible for agencies to succeed in engaging their employees in the current federal landscape of pay cuts, furloughs and political gridlock.

“NASA is an agency that’s been battered in many ways,” Palguta said. “They don’t have a space program right now, they can’t put anybody in space. You would think NASA would be in disarray in terms of employee satisfaction, yet it continues to go up.” At 77 percent, NASA scored the highest for department and large agency employee engagement and global satisfaction, as well as several other minor categories.

Likewise, the fact that so many federal employees continue to take an anonymous survey despite whether they believe it does any good is an encouraging sign.

“The fact that you still have almost half of employees taking the time to respond means there’s at least still some hope that somebody’s paying attention and somebody’s going to do something with the views they’re sharing,” Palguta said.