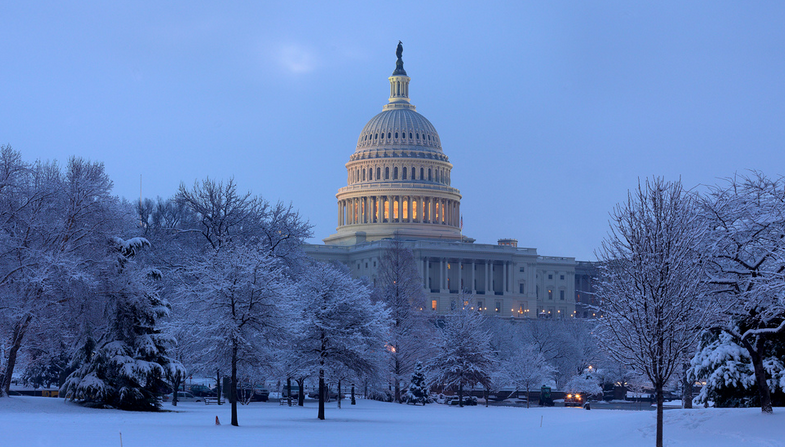 The D.C. metro area experienced one of its snowiest in history during the winter of 2009-2010 with a total of 5 or more feet of snow across much of the D.C. area. In the February “Snowmageddon” storm alone, AOC employees cleared more than 22 million pounds of snow from the Capitol grounds. (Photo: Architect of the Capitol)

After a night of the winter storm that blanketed the Washington, D.C., area with as much as a foot of snow, the Office of Personnel Management has declared the federal government closed Feb. 13 for all nonessential employees.

As of late Feb. 12, the snow is expected to continue to fall in the D.C. region and possibly turn into sleet and freezing rain, according to The Washington Post.

So far, there is no indication if employees will have to report to work Feb. 14.

Winter storm Pax hit the region around 8 p.m. on Feb. 12, after devastating the southeast.

In the District, the snow stuck quickly to the roads after a day of subfreezing weather.

The storm is expected to drop as much as a foot of snow in some parts of the D.C. metro area and possibly in parts of New York and the New England states.

by Dave Nyczepir • 4 hours ago
Acquisition