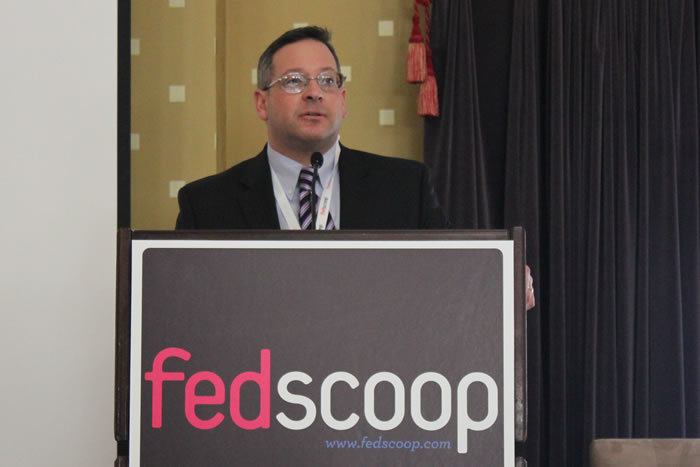 A sold out crowd joined FedScoop for the 2nd Annual MobileGov Summit on Thursday at the Hotel Monaco in Washington D.C. for an in-depth discussion on trends and best practices in federal mobility from some of government and industry’s most respected leaders.

The event featured speakers from all areas of government including the Department of Defense and the civilian agencies, along with a White House perspective from Alcohol, Tobacco and Firearms Chief Information Officer Rick Holgate who is working with Federal CIO Steven VanRoekel on the Federal Mobility Strategy.

“[Mobility is] about the information behind the device. It’s about the mobility of the information,” said General Services Administration Director of Mobility Gwynne Kostin. “Those who are going to be winning will not be thinking about the desktop or the laptop or devices. It will be those who think beyond that.”

“I should be able to walk into my office with my phone and sign a form to allow the government to put a zero client on the phone and still be able to use it on the network,” Krieger said.

“Instead of two strategies, one for citizens and one for federal workers, we need an integrated approach,” said Holgate, emphasizing that the government’s mobility strategy doubles as a digital strategy for the federal government. “There’s too much overlap.”

Kostin gave an update on the latest in government mobile applications and then Microsoft CTO Susie Adams discussed her company’s innovations around mobility.

Baker talked about the role telehealth could have on the department. With veteran health expected to cost $60 billion per year, telehealth could provide a huge return on investment with an estimated savings of $20,000 per patient alone.

The DOD needs to define...