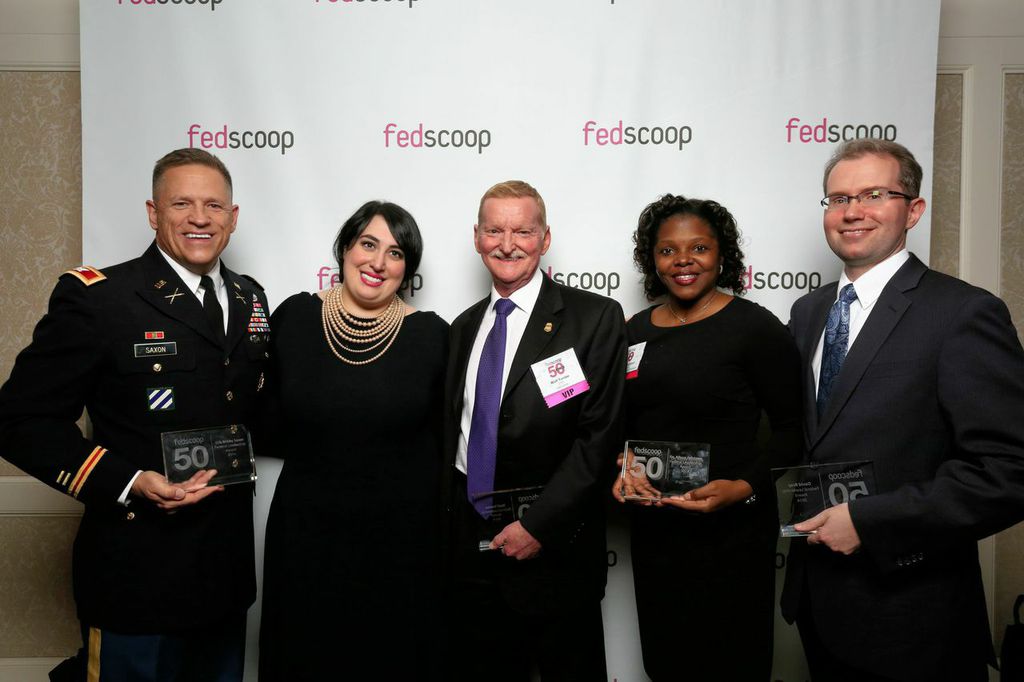 As the calendar year soon comes to a close, FedScoop celebrated federal IT excellence Thursday night, announcing its 2014 FedScoop 50 award winners throughout government and industry.

After parsing more than 50,000 votes on thousands of nominees, FedScoop honored the 50 most renowned federal IT champions over the past year in front of hundreds of government and industry leaders gathered at the Hay-Adams rooftop, with gorgeous views of the White House, the Washington Monument and the southern Washington, D.C., skyline. Amid a night of decadence, awards were given in seven categories, starting with the most prestigious Golden Gov award and touching all aspects of the federal IT community, from Disruptor of the Year and Cybersecurity Leader of the Year to Industry Leadership and Most Inspiring Up & Comer.

A huge FedScoop congratulations goes out to all the award winners and finalists, and thanks for making 2014 an amazing year in federal IT.

Golden Gov — For the visionary leading government into a new technology landscape with innovative ideas and by inspiring others to get on board.

Federal Leadership — For the visionary leading government into a new technology landscape with innovative ideas and by inspiring others to get on board.

Industry Leadership — For the private sector pioneer driving change in government IT with unique solutions.

Disruptor of the Year — Leading innovators not afraid to challenge conventional wisdom and shake up the status quo.

Cybersecurity Leader of the Year —For the leader paving the way in cybersecurity innovation.

Most Inspiring Up & Comer — Young leaders who did exceptional IT work this year and made you think, “They’ll be running the show someday.”

Tech Program of the Year — The best examples of influential tech programs that have led to cost savings, efficiencies and partnerships between agencies.

Innovation of the Year — Technologies implemented this year that may have been unfathomable until recently.

FedMentor of the Year- These busy leaders stepped up and took the time to share their very best practices, tips and career advice with the next generation of leaders.

Tech Champion of the Year- For the leaders whose passion for tech made us all think outside of the box.