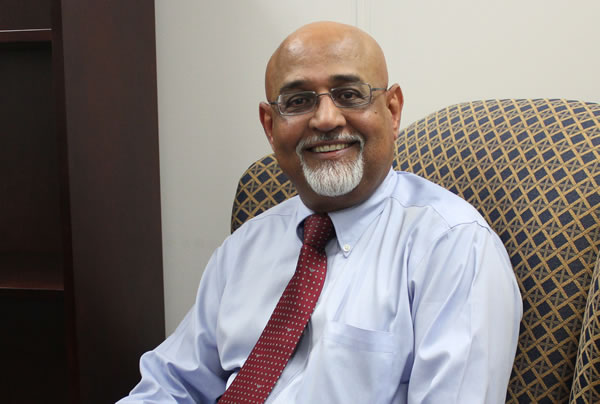 Five months on the job and Kirit Amin, the new chief technology officer at the Department of Housing and Urban Development, is quickly moving forward on the department’s technology infrastructure modernization project.

Just a few weeks after releasing a request for proposal for the first phase of HUDnet, the agency’s managed IT support services infrastructure program, Amin told FedScoop that a proposal for the second step will hit the streets soon.

“We want to be very aggressive in setting up our infrastructure, because without it we cannot begin a lot of other projects we’d like to get to,” said Amin, who joined the agency in February after nearly five years as the chief information officer at the State Department’s Bureau of Consular Affairs.

Amin said HUDNet is a five-tiered approach. The first part, which is out for bid, is the systems engineering portion. The part he is working on now is the wide area network telecom infrastructure, which will be followed by IT consolidation, data center and, finally, desktop virtualization.

The goal of this project – and all future projects in the immediate future – is creating “One HUD – noting more, nothing less.”

Amin said he picked HUD among other opportunities for two main reasons: First, he liked the centralized structure of HUD as there are no sub or affiliate agencies as exist in other cabinet-level departments throughout the government, making it easier to institute significant change. He also got excited about HUD’s mission, saying the true impact of any real government is the ability to house its citizens in an affordable way.

Amin comes to the department to be the catalyst for Chief Information Officer Jerry Williams’ modernization plan. Amin said Williams has laid the ground work for this modernization over the past two and a half years and now it’s his task to implement that plan.

“You’re seeing CTOs play a larger role in the federal government,” Amin said. “When I was a CIO, I wish that I had a CTO, because you ultimately wear both hats: handling day-to-day operations, along with creating a larger vision. As things continue to get more complex, its almost impossible to do both.”

Amin started his technology career as the resident project engineer at ASEA Sweden before becoming a senior controls engineer for Honeywell. He then spent nearly 16 years working for Computer Sciences Corporation before serving as the president at Infotec and Vector Research. After four years as a vice president at Nortel, he joined the State Department Bureau of Consular Affairs in 2007.

As HUD CTO, he is also acting as the technology office’s point man to the White House, handling the requirements sent down by the Office of Management and Budget.

Finally, Amin is chairing a focus group looking at HUD’s five-year information technology plan. That plan, he says, is focused on ways department can smoothly transform to new technology while minimizing the legacy systems in place.

“As Richard Spires said, ‘legacy systems are the albatross our necks,’ which I say, ‘Amen to that!” Amin said.

“I don’t think I’m patient when it comes to this and understand there is a good and bad to that, but I believe in putting in aggressive timelines and getting things done.”