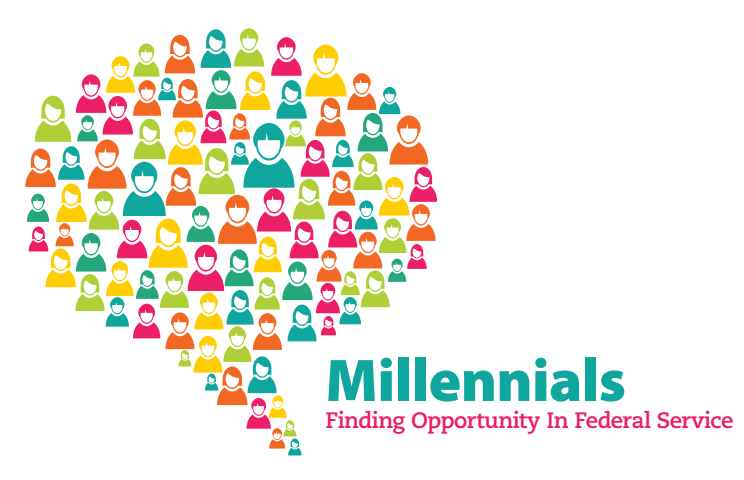 Of the federal workers born after 1980, 61 percent reported they’re happy in their positions, the Office of Personnel Management reported.

Millennials in the federal workforce may miss out on the perks and salaries of private sector jobs, but for the most part they are satisfied with their employment and believe their work makes a difference, according to the first in a series of reports from the Office of Personnel Management on the 2014 federal employee viewpoint survey.

The survey found that 61 percent of federal workers born after 1980 — 16 percent of the total workforce — are happy in their positions, and even more — 86 percent — believe their jobs are important. Overall, the generation often classified as cautious of joining the federal government showed a generally positive perception of their careers as civil servants, the people they work for and their opportunities to grow.

“The federal government really is a great place for millennials to work,” OPM Director Katherine Archuleta said in a conference call. “This snapshot of data confirms that.”

Archuleta said most millennials she meets traveling the country are purpose-driven and innovative. While the FEVS data confirmed the federal government fulfills their need for the former, almost two-thirds of responding millennials said they don’t find the innovation and creativity they crave in government. Likewise, only 34 percent were satisfied with their opportunity to advance their careers.

Despite those statistics, Archuleta said the survey’s results showed that federal government is offering millennials the types of careers they are looking for in fields like science, technology, engineering and math (STEM), and it continues to try to close the critical skills gap “through the use of programs like the Presidential Management Fellows and the program STEM track within that.” Specifically, IT management is the eighth most popular career for millennials, according to the survey.

FEVS data, Archuleta said, gives agencies an opportunity to improve on those areas in which they are lacking.

“We’re going to use this data to continuously improve and make the federal government a model employer,” the director said. One tool in particular, UnlockTalent.gov, will be offered to department managers to see how their employees feel and use that to improve their management. “By providing the data they need, the numbers that show them how well they’re doing, I think that’s a big improvement in terms of what we can offer.”

OPM is also offering a handful of other initiatives like a new strategic recruitment plan called REDI (which stands for recruitment, engagement, diversity and inclusion) and a program called GovConnect, which offers employees a few hours each week to pursue innovative projects, to attract millennials.

“We know we can’t offer all the perks that the private sector does,” Archuleta said in a statement. “But we can offer you the chance to develop, to lead, and to make a difference in people’s lives.”

OPM will continue to release similarly focused reports and plans to release the full survey in the next few weeks, a spokesperson said. 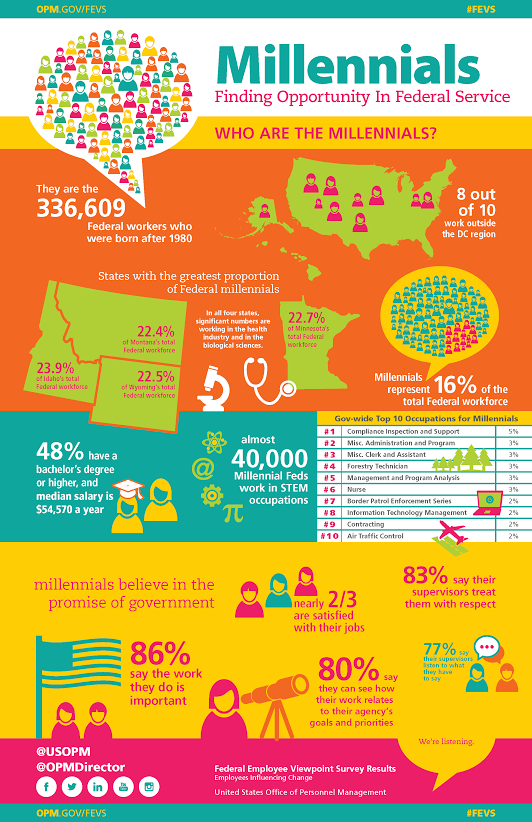