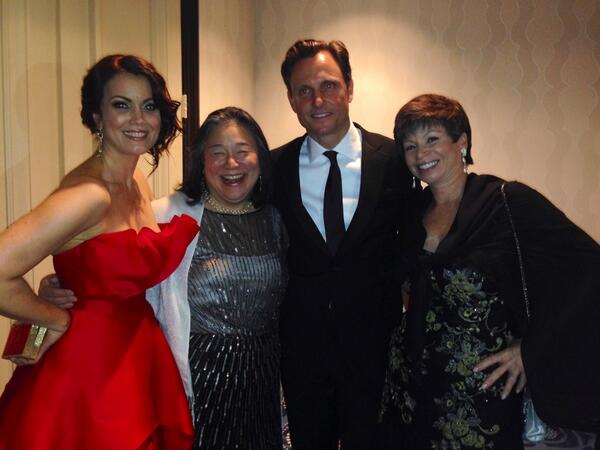 One could joke that Saturday’s White House Correspondents’ Dinner was a room full of corrupt politicians (Netflix invited the cast from “House of Cards”), strippers (Joe Manganiello from “Magic Mike” came as a guest of PEOPLE magazine) and convicted felons (“Orange is the New Black” cast members Taylor Schilling and Uzo Aduba sat at the USA Today table).

The event’s star-filled guest list has been growing dim for years, however, suggesting Hollywood’s cool kids may be laughing at our celebrated nerd prom.

An article in the Hollywood Reporter hints that publicists are encouraging clients to decline invites to the WHCD, blaming celeb-hungry guests and locals who are relentless in their attempts to meet and be photographed with celebrities.

An unnamed source told the magazine, “It’s like the stars are animals in a cage. People go crazy when they see them. They act like a bunch of kids at the Kids’ Choice Awards.”

Though celebrity media outlets like PEOPLE and US Weekly give the night more attention than any other D.C. social event, in recent years the list of famous attendees has fallen somewhat junior varsity to the star-studded Kennedy Center Honors. Year after year, this more-exclusive affair attracts legendary artists from music and film to celebrate the night’s honorees.

Still, those who made the trip from Hollywood seemed happy to be included. Many took to social media to share about their time in Washington, and most of the celebrities attended not just the dinner, but a slew of receptions and brunches during the weekend.

Nyong’o, who was just named PEOPLE’s “Most Beautiful,” mingled with everyone from Hill staffers to the cast of “Scandal” at the Google/Netflix party. “Dallas“ star Patrick Duffy was there, too, but to keep unwanted fans from asking him who shot J.R., he came with a handler.