Editor’s Note: Story has been updated to include comment from FDA.

Wearable tech might be a relatively new phenomenon, but already designers and developers are trying to get closer to the heart of the matter, creating devices to be implanted inside someone’s body, rather than worn on their exterior.

Called the Champion Heart Failure System, the interface allows physicians to monitor their heart failure patients’ conditions remotely. Created by Atlanta’s CardioMEMs Inc., the paper clip-sized sensor is implanted into a patient’s pulmonary artery, where it stays to detect the pressure of blood flowing to the heart. To get it there, a physician must intravenously deliver it into the blood stream before it lands in the distal pulmonary artery close to the heart. From that position, the sensor can transmit wireless pressure readings of the patient’s heart to electronic systems located with the patient and the physician.

CardioMEMs has been seeking FDA approval for years, first presenting data from a December 2011 clinical study with the device implanted into 550 participants suffering from heart ailments. Though that initial study “showed a clinically and statistically significant reduction in heart failure-related hospitalizations for the participants whose doctors had access to pulmonary artery pressure data,” according to the FDA, the administration required follow-up data.

While the data showed remarkable reduction in hospitable stays, a concern with trial conduct delayed the approval.

Still, according to an FDA release,”Of the participants who had the device implanted (or in whom there was an attempt to implant the device), 98.6 percent were free from device/system-related complications at six months. Of the devices implanted, 100 percent were operational at 6 months, and there were no device explants or repeat implants during this time period.” But it fails to disclose the small percentage with device-related complications at six months, or any before that.

Nevertheless, the FDA slapped its seal approval on the device, which means that CardioMEMs can now take it to market. The company will conduct a post-study approval to analyze the device outside of a clinical trial.

The approval of this device sets a major precedent for the wireless and wearable tech industry and its ability to design for function inside the body, rather than outside. Earlier this week, DARPA announced plans to target mental illness with a device implanted in the brain. That, of course faces not only FDA hurdles, but ethical concerns as well.

“The FDA does expect to see more medical devices that use wireless technology,” said Susan Laine, a press officer for FDA. “To promote innovation in this area, the FDA has taken a number of actions, including coordinating with the FCC to improve government efficiency in the oversight of broadband and wireless enabled medical devices, developing guidance for industry, and recognizing international standards.”

But outside of the industry impact, CardioMEMs Founder and CEO Jay Yadav said he believes this device will have major implications on the approximately 5.8 million people in the U.S. suffering from heart failure and the huge portion of the Medicare budget allocated to it. 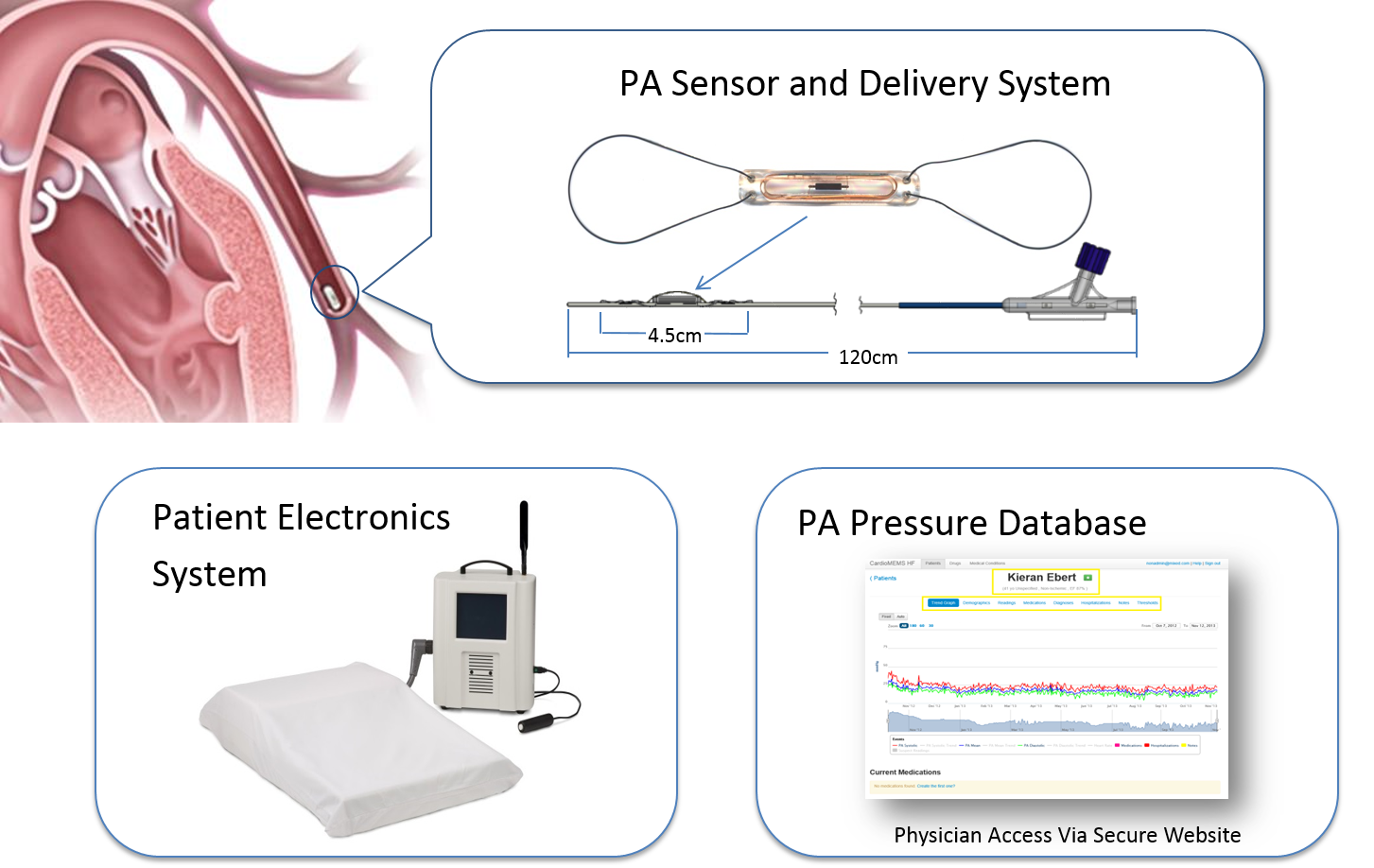