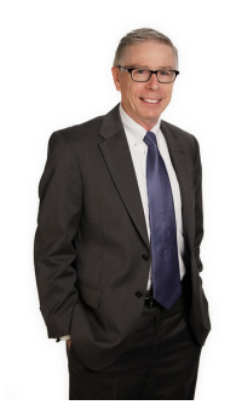 OPM acting Director Beth Cobert announced Phalen, most recently the vice president of corporate security for Northrop Grumman Corp. and a former director of security for the CIA, as the first director of the NBIB Thursday.

“He is distinctively qualified for this position,” Cobert said on a conference call with reporters. “We are grateful that Charlie is willing to step in and bring his experience, his leadership abilities and his passion for protecting the security of the nation to bear in this new responsibility.”

She added, “Charlie is the right person to lead the start up of this of this important bureau.”

The role is fitting for Phalen, who was also on the call, as he started his career in the government doing background investigations before “close to four decades in the world of security.”

“In the same time frame I learned an awful lot about cybersecurity,” he said.

He continued: “I have seen the tremendous things the trusted workforce in the U.S. can accomplish. And I’ve seen the downside of that very rare but not inconsequential betrayal by someone in that workforce.”

Phalen said it’s his goal “to transform the way we are doing background investigations, to secure the information network systems that we have and essentially put out a great product here.”

Specifically, he’s intent on “working immediately to improve the timeliness,” making it his top priority to cut down on OPM’s current background check backlog.

“I am confident…that we are heading down the path to create real, meaningful change, and I am eager to hit the ground running on Oct. 1,” Phalen said.

Bill Evanina, director of the Office of the Director of National Intelligence’s National Counterintelligence and Security Center, also praised OPM’s choice of Phalen.

“The background investigation process, and all that goes with it, is a critical pillar to our national security,” Evanina said to reporters. “The appointment of Charlie as the new director sets a clear tone to the customers, constituents and stakeholders who are involved in the security clearance process. Charlie’s experience both in the government and private sector is second to none, and I do not believe there is anyone else in the United States government or the country writ large who has the bonafides and capabilities to lead the new NBIB into the future.”

The NBIB was announced in January as a replacement to OPM’s current Federal Investigative Services system. The creation of the NBIB was precipitated by a series of hacks on Office of Personnel Management personnel and security clearance systems in 2014 that compromised the information of more than 20 million Americans.