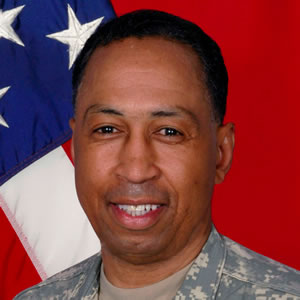 Dennis Via, the former director of the J-6 Directorate at the Joint Staff, took command of the Army Material Command on and also became the first signal officer to become a four-star general in Army history in a ceremony at the AMC’s headquarters in Madison, Ala.

As head of the J-6, Via was the Department of Defense’s principal advisor to the Chairman of the Join Chiefs of Staff on all Command, Control, Communications and Computer Systems (C4). He held that position from 2009 until May of last year.

Presiding over the ceremony, Gen. Ann Dunwoody, U.S. Army Materiel Command’s outgoing commanding general, thanked all in attendance and described the event as a momentous occasion for the Army.

“He has a caring personal leadership style that brings out the best in everyone. From the youngest private to the most senior officers, he has an absolute commitment to the highest standards of this Army’s profession, and has the wisdom and the vision to see how the future can be different and better,” said Dunwoody.

General Via is a native of Martinsville, Virginia. He attended Virginia State University in Petersburg, Virginia, where he graduated in May 1980 as a Distinguished Military Graduate, and received his commission as a Second Lieutenant in the Signal Corps.  He holds a Master’s Degree from Boston University. General Via is a graduate of the United States Army Command and General Staff College, and the United States Army War College.

by Jackson Barnett • 22 mins ago
Defense