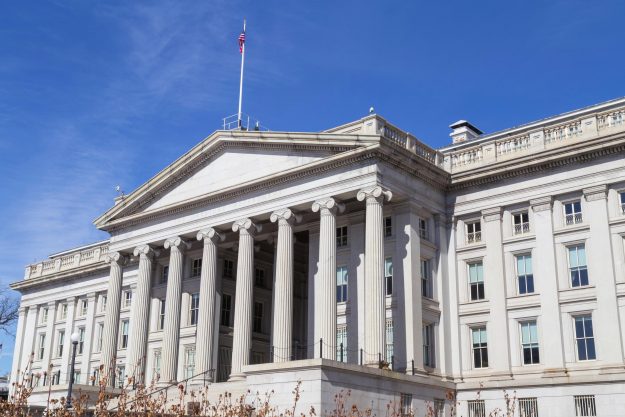 The Treasury Department’s inspector general has launched an investigation into a senior procurement official who was found to have steered multimillion-dollar contracts to a friend’s company when she served as the executive director of the Office of Acquisition Operations at the Veterans Affairs Department, FedScoop has learned.

The news follows a report released Tuesday by the VA’s inspector general that found
Iris Cooper and her former deputy at the VA’s main acquisition office, Wendy McCutcheon, funneled multiple sole-source contracts worth more than $15 million to Tridec Technologies, a veteran-owned small business founded by a close friend and former colleague of Cooper. The original IG report had been barred from disclosure under the Privacy Act and FedScoop requested a copy under the Freedom of Information Act.

The Treasury inquiry into Cooper will seek to determine if Cooper disclosed the existence of the VA inspector general investigation or if she was untruthful when applying for her new position at Treasury, according to a source who spoke to FedScoop on background because they were not authorized to comment on the record. FedScoop also reviewed emails pertaining to the inquiry.

The Treasury IG declined to comment on the matter.

The VA IG report substantiates that between 2009 and the time they left VA in January 2014, Cooper and McCutcheon “steered the contract for the [Virtual Office of Acquisition] to Tridec” in a scheme that leveraged multiple sole-source contracts that each were valued just below the $5 million threshold that would have forced VA to open the contracts to competitive bidding. “Ms. Cooper, in her role as the Competition Advocate, allowed the development of VOA to be broken down separately to ensure the contract could be awarded to Tridec under the sole-source provisions of Title 38,” the IG report states.

But once again, a VA official found to have been involved in wrongdoing by the inspector general has been allowed to either take a new position within the federal government or retire without having to face punishment. Sources on Capitol Hill tell FedScoop it is an alarming trend that raises questions about the efficacy of the IG process. The investigation of Cooper comes on the heels of another case involving Susan Taylor, the Veterans Health Administration procurement official who was allowed to retire from VA in October after she was removed from her position because of an inspector general report the concluded she had been ”
acting as an agent” of a private contractor.

VA’s market research for the VOA contract award amounted to little more than a keyword search for “custom application” on the VetBiz.gov contractor site, effectively locking out any vendor that did not use that phrase on their public website. More troubling is the fact that Tridec was a new company with no past-performance evaluations that had been formed by two of Cooper’s former colleagues at the Transportation Department’s Maritime Administration. While there, the executives worked with Cooper on virtually the same VOA system that VA was interested in purchasing.

“The fact that Tridec was a new company with no past performance, it is questionable whether it would have been awarded the contract if the requirement was competed,” the IG report states. VA officials signed the acquisition plan for VOA only four days before the first contract was awarded to Tridec. “Ms. Cooper chose to funnel business to a friend,” the report states. “VA paid whatever Tridec proposed.”