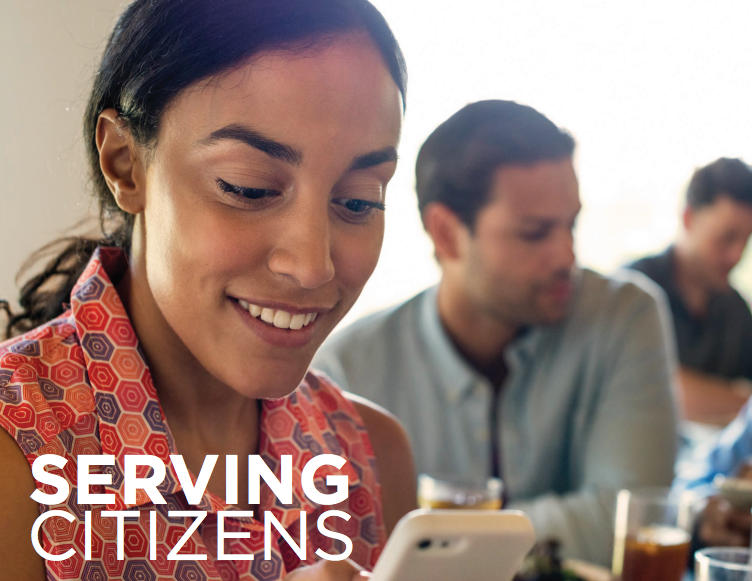 American citizens aren’t happy with federal government services, rating them worse than services of some of the most notoriously loathed and distrusted industries, like airlines, telecommunications and cable. But a few promising digital services efforts are leading the charge toward improving citizens’ contentment with government.

“As a former federal employee, it really disturbs me to see that the federal government is on the lowers rungs or citizen satisfaction,” said John Palguta, vice president of policy at the Partnership for Public Service. “We’re not going to get trust in government if people don’t believe government can provide services efficiently and effectively.”

PPS recently published a study focused around how the government can better serve citizens. In it, the partnership identified four digital services — BusinessUSA, Recreation.gov, the Disaster Assistance Improvement Program and USA.gov — that Palguta said can “serve as models” for how government can do better and is “getting its act together.”

What each of these models has in common is that they take the guesswork away from the average American when navigating government organization, collaborating and consolidating resource across multiple agencies into one location.

“It’s a good reminder that for the average citizen it’s really tough to figure out where in government, and what level of government, provides the services I need or want,” Palguta said.

“Our philosophy is that people don’t know how government is organized and they shouldn’t have to,” said Bev Godwin, director of the Federal Citizen Information Center at the General Services Administration, which administers USA.gov.

For instance, BusinessUSA links to services from 24 different agencies so businesses, especially small ones, can more effectively find information on loans, assistance and other necessary tools to grow. If you’re outside of government, trying to figure out which can provide assistance can be very frustrating,” Palguta said. “Now we have a website where 24 agencies are coming together and collaborating to make it a little easier to navigate that labyrinth of agencies engaged in service to the business community.”

The key to the success of these website, Palguta said, is their ability to effectively collaborate, especially in a time when government resources are everything but growing.

“If you have a government agency that wants to improve services, they’re not going to be able to throw resources at it,” he said. “They’ve got to figure out how to do business differently. So what we’re seeing is the pooling of resources to provide a better experience for the user. You have agencies that  are making better use  of their resources. They don’t have to do it all themselves; they can pool resources with other agencies, and it’s not just the resources, it’s the ideas.”

Likewise, if federal agencies want to better serve citizens, they have to think like them, rather than playing to their own need. “For government managers, I’m hoping one of their takeaways is we have to look at what we’re doing from a citizen perspective,” Palguta said. “Too often agencies fall into the trap of thinking about what works for them, what’s the easiest way to provide services, what’s the easiest way to interact with the public.”

One effective way agencies can do that is by surveying and searching for feedback from their constituents, which is one of the study’s recommendations to agencies. But this comes with some roadblocks that are unique to the federal government, like being sensitive to both the Privacy Act and the Paperwork Reduction Act. Pagluta questioned whether that might mean it’s time for those laws to change.

“Does the law need to change in the context of the modern world? The Privacy Act was passed in 1974,” he said. “We weren’t in the Internet age, people didn’t have PCs sitting on their desks.”

The study closes with several recommendations to Congress and federal agencies, especially the Office of Management and Budget, like leveraging technology to it’s fullest extent. “The use of technology is huge, and it’s gratifying to see it catching on,” Pagluta said.

While the models featured in the report are only “works in progress, highlighting that much is left to be done in building a more collaborative and customer-centered government,” it says, continued focus on the needs of customers through legislation, like the Government Customer Service Improvement Act introduced in both the House and the Senate in 2013, and other means will make government a better service provider, Pagluta said.