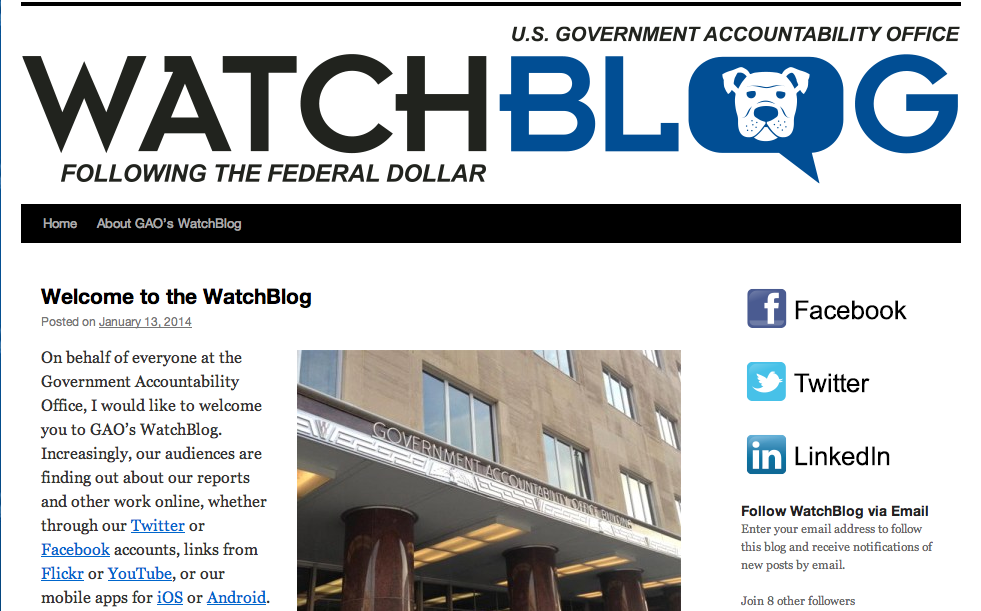 The entity known as the congressional watchdog has launched a new blog to highlight the agency’s work and made it more accessible.

The blog “WatchBlog: Following the federal dollar” made its debut today. Readers can expect to see a post every day this week, and then two posts weekly starting next week.

“GAO’s mission is to provide Congress with fact-based, nonpartisan information that can help improve federal government performance and ensure accountability for the benefit of the American people,” U.S. Comptroller General Gene Dodaro said in the inaugural blog post. “With a longer format than we have on our other social media platforms, the WatchBlog can provide you, the reader, with more context to help you understand the bottom line.”

The blog will track how GAOs work is saving the government money, optimizing revenue and affecting government operations, explain an area in which GAO does work and how it might be relevant to current events and readers, highlight testimonies, present GAO-generated data, among other things, according to the blog.

“We believe that a blog is a good way to make our work, which is often complex, more accessible to Congress, the general public and anyone who has an interest in improved government operations,” Dodaro said.