The Government Accountability Office is playing it safe and keeping an older version of its website live for several days, after the data center that hosts the redesigned site went down earlier this week.

GAO.gov was offline from about 9:30 a.m. to 5:30 p.m. Eastern time Monday, when the site was mostly restored. Reston, Virginia-based host company Contegix had tweeted at 3:20 p.m. the same day that its “technical difficulties” had been resolved.

Users continued to experience lingering issues into the evening, however, prompting the agency to revert to an older site for the rest of this week.

“It seems to be fixed, but we’ll stick with the old site for a couple more days to be sure they have their issues worked out,” a GAO spokesperson told FedScoop on Wednesday. 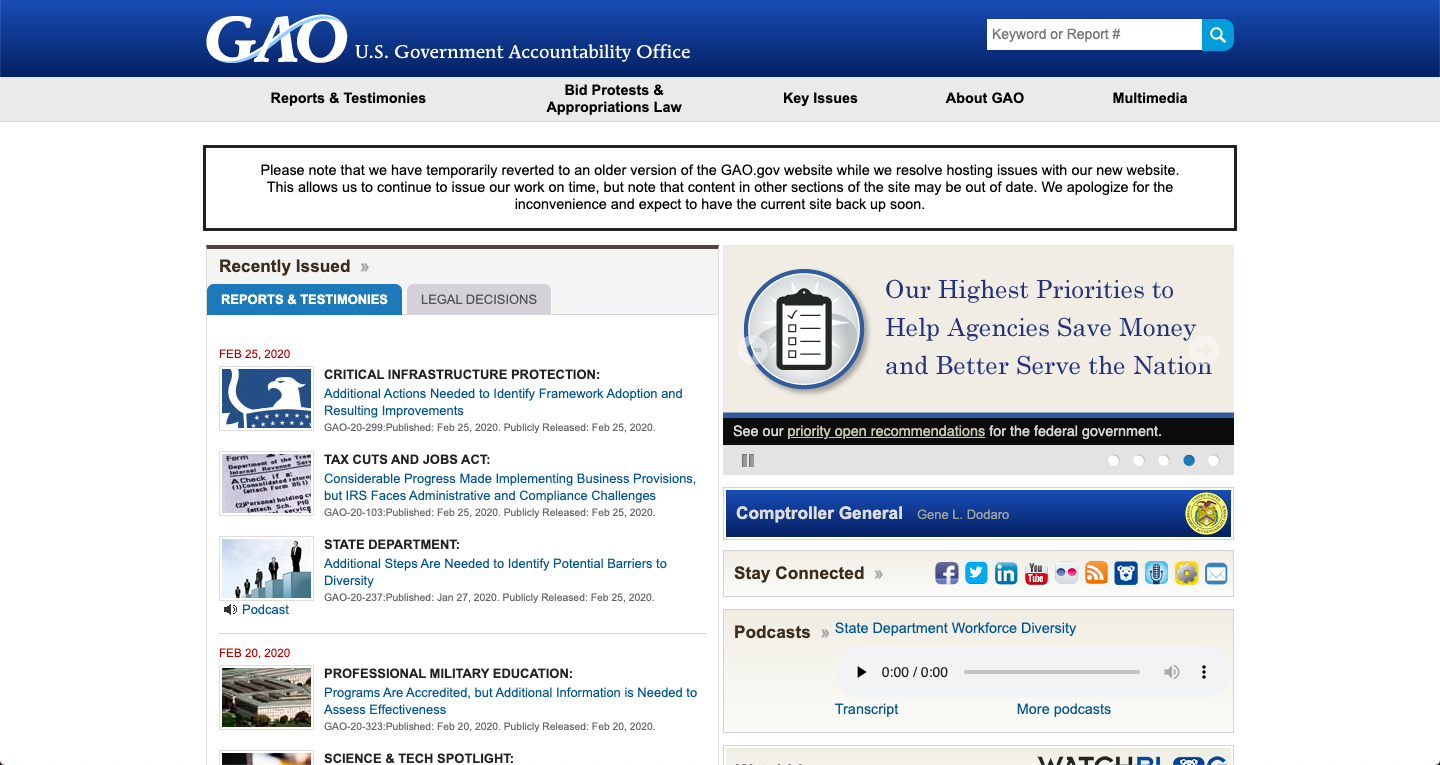 A notice toward the top of the homepage notes that some content “may be out of date,” a blemish on the agency’s cloud migration.

Congress’ watchdog launched the redesigned site Feb. 13 to “better communicate and share the results of our work,” according to the GAO blog. The agency performs audits, evaluations and investigations of federal spending and agencies’ implementation of programs and policies — making recommendations for improvement valued at $214 billion in savings in fiscal 2019.

The site redesign — the first since 2011 — improved mobile-friendliness, navigation, search tools, the Integrated WatchBlog, and the database used to display key information.

Users can currently access GAO’s reports and testimonies to Congress but not new features like “Find an Expert,” which connects them with subject-matter experts at the agency.