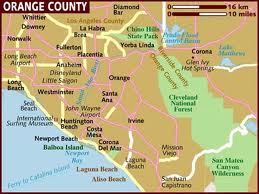 Earlier this week, the State of California made a ruling that may affect how state and local governments handle their geographic data in the future.

It all started in 2007, when the Sierra Club asked Orange County, Calif., for what most people would think was already publicly available records — information on the 640,000 land parcels in the county. The county had this information in the form of a geographic information system database, and offered to hand over it in exchange for a $375,000 licensing fee. The Sierra Club was of the opinion that it was a database assembled with taxpayer money, and made a case in state superior court it should be made available.

Orange County maintained the GIS files were “computer software” and therefore, exempt from the state’s open records law. So, the county was willing to print out all of the GIS information for free, which probably only irked the Sierra Club given the amount of paper that would have taken to accomplish.

Well, it took six years, but the State of California made a ruling in favor of the Sierra Club. The state examined the exemption in the law that pertains to “computer software developed by a state or local agency” and in particular “computer mapping systems.” But what drove its decision was the following statement: “Nothing in this section is intended to affect the public record status of information merely because it is stored in a computer. Public records stored in a computer shall be disclosed as required by this chapter.” So the state decided the actual data is distinct from the software developed to read it, which is what most would agree with.

This sticking point that GIS data are innately valuable due to the variety of ways it can be used to correlate location information with other pieces of data, such as where crime is more prevalent. This information can be used in a great many ways, which is why Orange County thought it could charge such a huge licensing fee.

This is quite likely not over, and there is still room for more appeals to higher courts. But for now, citizens of California should be able to get government-assembled geographic data they paid for with their taxes without too much hassle.