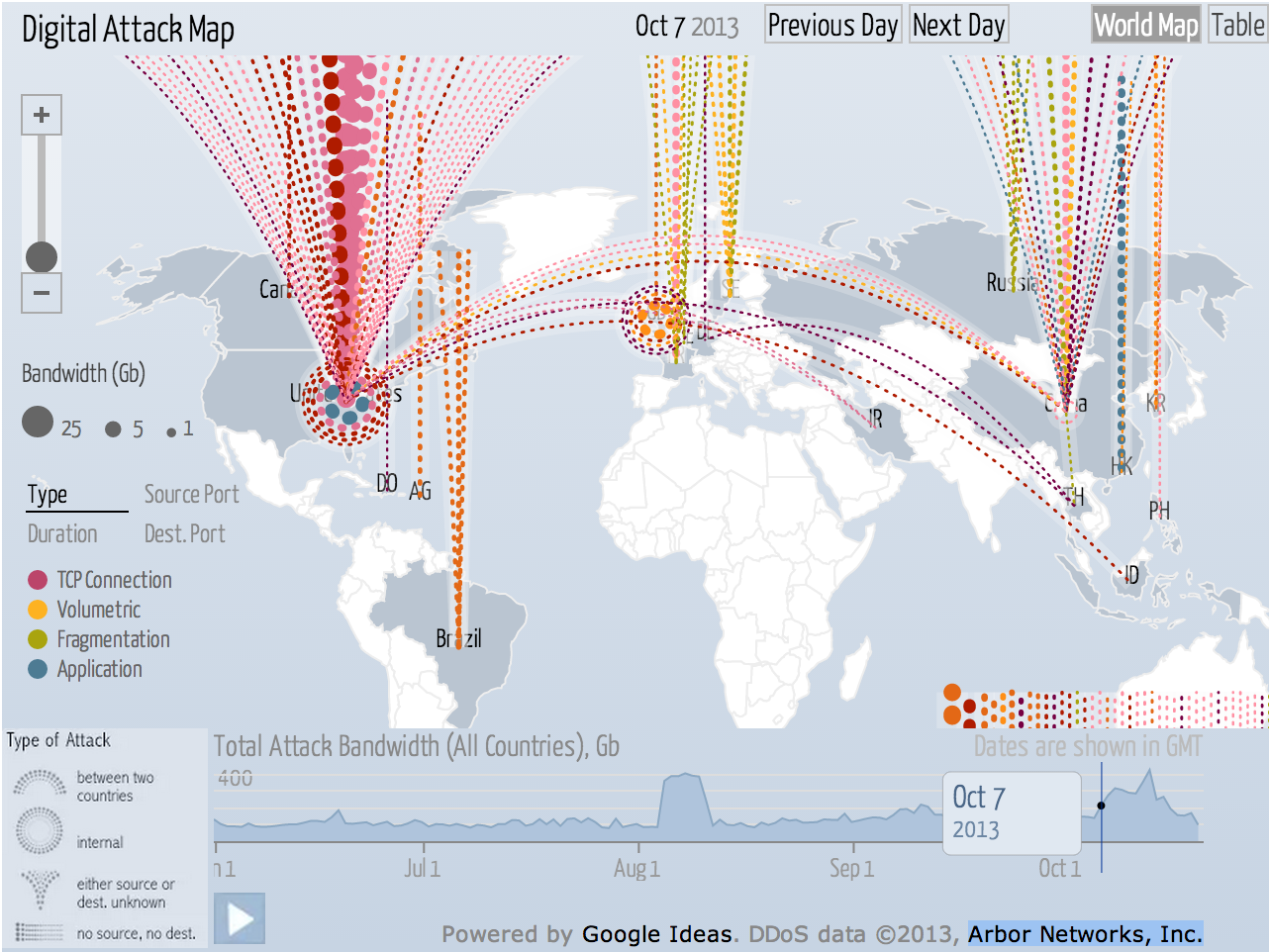 It looks like a giant vortex descending from the sky, swirling with wild reds and blues over the eastern half of the United States. It’s not a representation of a massive hurricane about to devastate the Atlantic coast, but rather a visualization of different kind of threat: denial-of-service attacks.

“Google did a fantastic job of visualizing it,” said Dan Holden, director of security research at Arbor Networks.

According to the data, there are about 3,391 DDoS attacks per day worldwide. A DDoS attack is when a hacker tries to make a machine or network unavailable to its users, interrupting or suspending services. According to Holden, DDoS attacks became popular around 2010 when their use by groups such as Anonymous became commonplace as a tool for hacktivism.

Besides being a stunning representation of possible breaches into governmental, corporate and personal data, the security visualization gives viewers a look into the current geopolitical atmosphere. The map shows which countries are attacking others.

“It’s a reflection of the world from a geopolitical standpoint,” Holden said. According to Holden, when Russia and Georgia were belligerents there was an increase in cyber-attacks between the two countries.

Holden warns the data is not perfect. Arbor Networks only has about one-third of the data on attacks. Since the attacks come from Arbor’s consumers, they are very Western-centric.

“Going to the extremes, we won’t be getting data from Cuba or North Korea,” Holden said. Likewise, viewers won’t see as many attacks going into some countries due to the lack of data.

A recent study by Verizon found state-spying had been reported more than ever in 2012. It became the second most common actor in data breaches, adding more intrigue to the map.

Holden said in the future, the developers would like to add more granular data to the map. If viewers zoom in to a country, the destination of the attacks is not precise. Holden said that could change in the future.

Until then, enjoy the mesh of colors and lines — and the speculation of who is behind them.

“It really is a beautiful map,” Holden said.

by Dave Nyczepir • 15 hours ago
Acquisition