Monday night, members of Congress went back and forth throwing punches under the dome as the minutes until midnight and the end of the fiscal year ran out.

For the first time in nearly two decades, Congress failed to decide on a budget and appropriations for government spending ran out. The focus of the debate, however, wasn’t on government budget but rather on the Affordable Care Act, which the GOP was fighting to remove from the budget for the next fiscal year. The Senate refused to pass the three different proposals put forward by the House, all of which had amendments to undercut the so-called Obamacare.

More than 800,000 federal workers will now be furloughed.

Tuesday morning, government workers are supposed to come into their office, make shutdown preparations and turn off all email accounts and government-issued communication devices until further notice.

The Office of Management and Budget issued a memo late Monday evening, just minutes shy of midnight, informing all agencies to prepare for an orderly shutdown to be completed by the end of Oct. 1.

In a small victory, a military funding bill was passed by both chambers and signed by President Barack Obama late Monday evening. The Military Pay Protection Act exempts military pay from the shutdown; however, defense civilian employees are still likely to face furloughs. 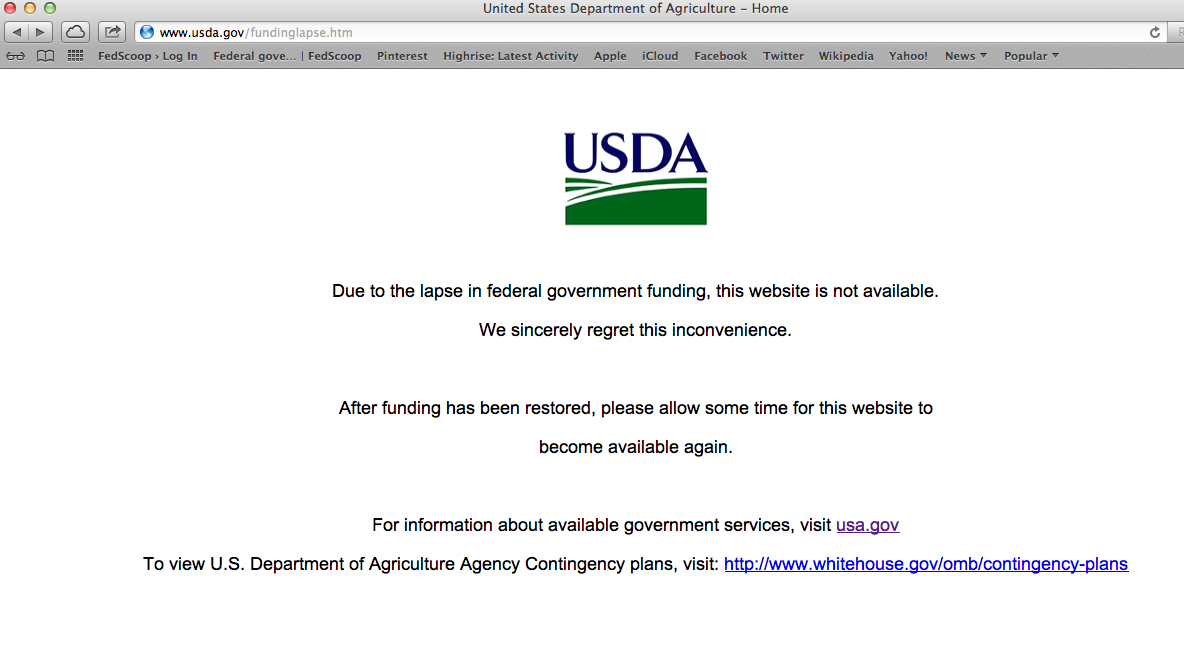 Several agency websites have already gone dark; the Agriculture Department’s was among the first.

The number of exempt employees varies greatly by agency.

Across the country, national parks will shut down, as will monuments and museums. In Washington, tours of the Capitol building will be halted, and the Smithsonian museums, the National Zoo and many federal buildings will close their doors.

During this shutdown, members of Congress and political appointees will continue to be paid. A special House-Senate committee is scheduled to meet this week to resolve the issues between the GOP and the Democrats.

Due to the lapse in appropriations, this @whitehouseostp twitter account will be inactive until further notice. We regret any inconvenience.

We’re sorry, but we will not tweet or respond to @ replies during the government shutdown. We’ll be back as soon as possible!

The federal government is currently shut down.

Due to a lapse of government funding, this account will not be active until further notice.

We’re sorry, but we will not be tweeting or responding to @ replies during the government shutdown. We’ll be back as soon as possible!