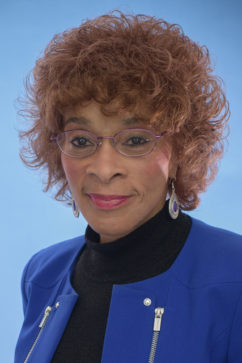 “Tracee’s institutional knowledge of GPO and IT systems makes her a natural asset in overseeing the agency’s IT operations,” GPO Director Davita Vance-Cooks said. “I look forward to working with her as GPO continues to transform and expand our IT technologies and services.”

The agency’s last CIO, Chuck Riddle, has moved to the Securities and Exchange Commission, according to the announcement.

The GPO said in an Instagram post that Riddle will be the SEC’s new chief technology officer.

Boxley came to the GPO in 2006 and was promoted to deputy CIO in 2012. In her new role, Boxley will develop and maintain the agency’s operating budgets for network IT systems, and manage IT policy and standards “relating to the acquisition, implementation, and operation of telecommunications and IT systems throughout the agency,” according to the announcement.

Boxley has decades of federal IT experience, according to the announcement, including working as the chief of the American Housing Survey Division at the Census Bureau, where she administered the program for the software data center for the 2000 Census. She also served as the deputy CIO and chief of the Technical Services Division at the Agriculture Department’s Food Nutrition Service. Her IT career began in the Office of the Secretary of the Army, where she served as director of IT operations.

“She also worked with the U.S. Air Force CIO in developing a portal for employees’ personnel and career data,” according to the announcement.