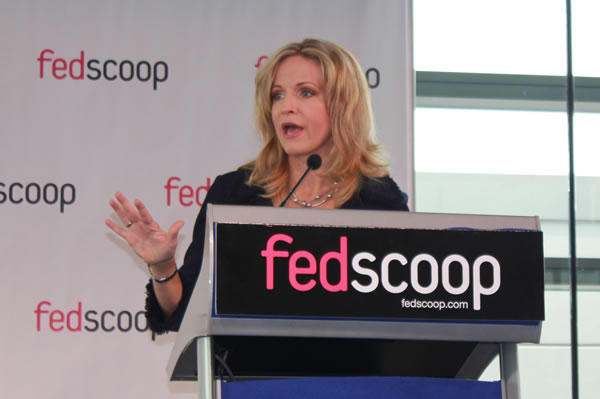 Coleman said that hoteling, already a common practice in industry, but still relatively new to government, will allow more than 4,000 employees to work from GSA’s office that was built to hold no more than 2,000 at a time.

“We’ve found that GSA buildings are occupied about 50 percent of the time, because of meeting, travel, annual leave and the rest,” said Coleman during a keynote address at FedScoop’s 4th Annual Lowering the Cost of Government Summit held Wednesday at the Newseum. “Our decision has been made to maximize the amount of space we have and create a mobile workforce.”

Coleman said that GSA employees will not have set desks and workspaces, but will instead reserve spaces based on their workplace and time needs. It won’t be completely random, though, as similar parts of the agency will be clustered into “neighborhoods” throughout the building to maximize collaboration.

“Rent has become a top line item, and we think going down this path will help GSA’s Federal Building Service customers,” she said.

Coleman further explained the technology changes that GSA has made over the past six years to lower its cost with IT.