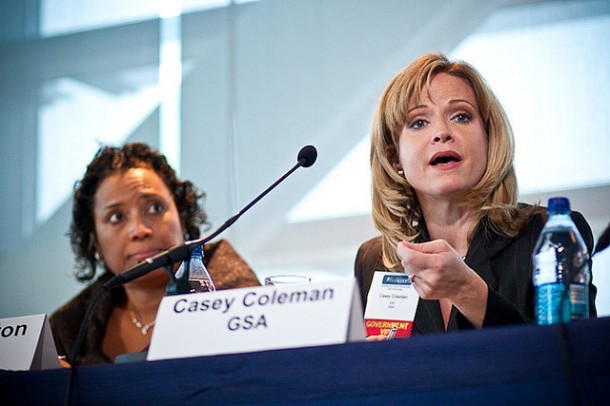 General Services Administration CIO Casey Coleman provided an update on her agency’s progress in implementing the Office of Management and Budget’s 25-Point Plan to Reform IT on her blog.

We have played a lead role in facilitating the adoption of cloud computing across the government in support of the Administration’s Cloud First policy. Our Federal Cloud Project Management Office is working on the design and implementation of security controls, processes and procedures for the Federal Risk and Authorization Management Program (FedRAMP), which will enable cloud services to be authorized once, and then leveraged for use across government. Following the award late last year of the Infrastructure as a Service (Iaas) BPA, GSA released a cloud email RFQ for the entire Federal Government worth $2.5 billion. Agencies throughout government will be able to easily acquire cloud services using these contract vehicles. We serve as the PMO for the Data Center Consolidation Task Force, and recently released an interactive map listing the 139 data center that have already closed or plan to close by the end of the year. GSA also provides staff support to the CIO Council.