The General Services Administration last week announced a new policy requiring open source software be given priority consideration for all new IT projects developed by the agency. And while some may question whether open source software will be as effective as its conventional, proprietary counterpart, Sonny Hashmi, GSA’s chief information officer, is confident this new IT model will put the agency in the best position to procure and develop software in the most cost-effective manner. 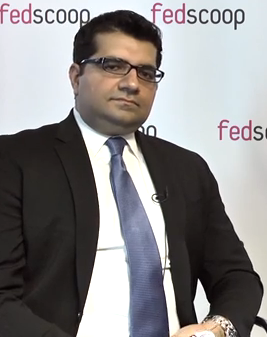 “There has been much written on the pros and cons of open-source platforms versus proprietary software platforms,” Hashmi said in an email to Fedscoop. “During the process of vetting new software, GSA plans to implement a process where open-source software is considered within the ranks of conventional software. We are confident that our vetting process will identify the best software for each IT solution based on the merits of the software, while also factoring in cost, support, security, and a myriad of other factors.”

GSA will draw on the open source successes of other agencies, such as the Food and Drug Administration and its OpenFDA program.

“When the Food and Drug Administration built out openFDA, an API that lets you query adverse drug events, they did so in the open,” Hashmi said. “Because the source code was being published online to the public, a volunteer was able to review the code and find an issue. The volunteer not only identified the issue, but provided a solution to the team that was accepted as a part of the final product.”

GSA’s own 18F also operates and develops in the open, a model for the changing tide in federal IT and government transparency. One of the big benefits of 18F’s open source policy — one that it will share with GSA — is the reduced cost that comes with it. Likewise, as Hashmi wrote in a blog post announcing his new principles, it will give the public the ability to modify and use it in the open.

“Simply put, any solution developed using taxpayer dollars should be in the taxpayer’s domain (open source),” he wrote. “At GSA, we believe that all code we developed should be shared under an open license so others may benefit from it.”

“You use open source because it can be cheaper, easier to procure, more flexible, and gives you access to a community of developers and users that’s rare with proprietary software,” Hellekson said. “If you want to do big data, for instance, all the interesting big data work is coming from the open source community. Google or Yahoo do something interesting, and they’ll release it to the community. With open source, agencies can make use of that innovation. It’s just how the world works now. This kind of policy is already the de facto standard in the commercial world, and for good reason: open source often provides more options, more innovation, and better software for less money.”

And for open source developers who might not have the size to get federal consideration, this gives them a level playing field, Hellekson said. “Plenty of perfectly good open source projects don’t have a sales force or a company behind them, so they don’t get a second look,” he said. “This should help a lot.”

That doesn’t mean, however, that software procured by GSA will be open source only from now on (though its in-house software will be). There are still regulations the agency must follow implementing software.

“Open source software is still software. An ‘open source first’ policy doesn’t come at the expense of the other rules,” Hellekson said. “GSA and other agencies still need the certifications, accreditations, and risk management plans they always did. With unsupported open source projects downloaded from the Internet, that can be much harder.” It does, though, give the agency more to pick from. “[T]his just opens the aperture for innovation on GSA’s programs,” he said. “More options are always better.”