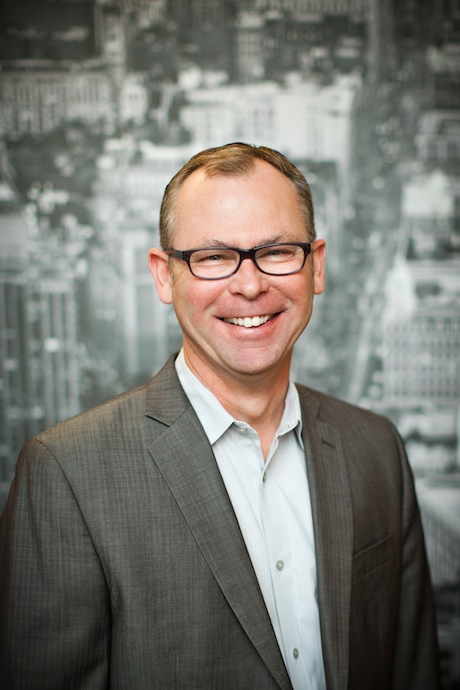 Kevin Merritt, Socrata founder and CEO, is a FedScoop contributor.

Sometimes, it takes a disaster for people to recognize the need for change. The botched rollout of healthcare.gov—something I would actually describe as a systemic catastrophe—provides a historic opportunity to overhaul the federal government technology procurement system, which is so clearly broken.

Government technology projects have long been characterized by significant delays, mammoth cost overruns, and software products that routinely underperform. But before the healthcare.gov fiasco, relatively few people were aware of the magnitude of the problems plaguing the federal IT purchasing system. Now that the story has made front-page news, everyone wants to know what went wrong.

Just as any good software engineer looks to uncover the root causes of bugs in a computer program, it is important to meticulously diagnose the underlying causes that continue to produce IT disasters at the federal level.

Selling to the federal government is a byzantine process

Federal IT procurement is overly complex and opaque. The process is full of arcane rules and oppressive costs that discourage many technology providers from entering the market. The Federal Information Security Management Act is a prime example. This legislation was enacted at a time when applications were almost always hosted on premise and the “waterfall” methodology (not “agile”) was the predominant approach to software development. Times have changed, and we have learned a lot since then.

Yet, because FISMA is still in place, vendors looking to bid on federal technology projects must comply with outmoded information security requirements, like using tape backups to replicate files offsite. This is completely incongruent with modern IT best practices. More importantly, the odds of data loss in a single environment that uses tape backups is statistically much higher than in a geo-redundant environment where data is replicated across multiples servers.

The GSA juggernaut and other burdens

To bid on federal government projects, businesses must first be listed on the General Services Administration schedule. Maintaining this listing is practically a full-time job, requiring continuous updates, renewals, and, of course, piles of paperwork. To keep up, many smaller businesses are compelled to hire consultants just to clear all of the administrative hurdles.

In a very real sense, GSA requirements operate like an extra tax on businesses, siphoning profits from sales to federal government agencies. In addition to this “tax,” GSA vendors must offer their lowest commercial price to the government, even if the market value for their products is significantly higher. This squeezes profits further, disproportionately affecting the ability of smaller businesses to compete.

As if this were not burdensome enough, any vendor that wants to sell to the federal government must be able to decipher the Federal Acquisition Regulation, the principal set of rules that govern the federal procurement process. The FAR is every bit as complex and unwieldy as the federal tax code, containing rules as picayune as the width of the margins for request for proposal responses. And these rules change constantly. Few emerging technology firms have the wherewithal or the patience to wade into that kind of logistical labyrinth.

The net result is that many nimble, innovative companies simply forego doing business with the federal government, concluding it is just too costly. Over the years, this has created an environment that nurtures mediocrity. Today, there are a whole class of enterprise companies that specialize in navigating the bloated and broken procurement system. Most of these businesses make their money by selling consulting hours, hiring dozens of subcontractors to do the work, and overseeing the development of expensive, customized technology solutions that often do not perform as advertised.

We admire startups because their core competency is innovation. They establish traction and momentum because they invent novel solutions to old problems, develop new technologies, or come up with creative new ways of doing business. The irony in the federal IT space, however, is that these behemoth systems integrators are winning business not because they have innovated. Rather, it is just the opposite. Their sole core competency has nothing to do with technology or innovation at all; their only real skill is that they have perfected the art of selling to the government!

Government leaders need to introduce a serious-minded reform agenda if any real progress is to be made in revamping the federal IT procurement process. This means directly applying the open data ideals that the Obama administration has generally espoused to the specifics of the IT purchasing process.

First and foremost, there needs to be full transparency into federal contracts. All of the details for each contract—including the amounts paid and the names of the people who authorized each payment—need to be online in machine readable, fully sortable, and searchable formats.

The federal government also needs to make it simple for the public to follow the flow of money and influence between federal government agencies requesting vendor support and the contractors bidding on projects. As a country, we have made great strides in recent years in increasing visibility into campaign contributions. To weed out corruption and improve efficiency, senior government leaders need to bring that same level of effort and scrutiny to the procurement process.

Further, policy makers should engage providers of cloud and SaaS-based technology solutions to discuss ways to modernize the federal government’s information security requirements. In the wake of the failure of healthcare.gov, there is an exciting opportunity to educate the government officials who certify these security mandates about modern software best practices.

Who is ready to take up the mantle of procurement reform?

The once-stodgy subject of federal IT procurement has gone viral. In turn, this awareness has produced broad consensus around the need for meaningful change—a precious commodity that should not be wasted. Right here, right now, I am putting forth a clarion call to civic leaders on both sides of the aisle: The time is ripe to take up the mantle of real procurement reform. By unleashing the ingenuity of software companies that have previously been pushed to the sidelines, you can help launch a new era of technology innovation that improves the lives of Americans for generations to come.