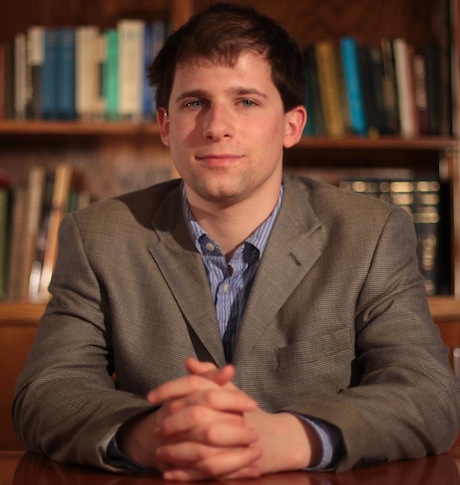 Jeremy Pesner, a technology policy analyst, is a FedScoop contributor. You can connect with him here.

In today’s high-stakes deliberations over SOPA-PIPA, the NSA wiretappings and online censorship, there is immense pressure to focus on the present economic, social and political climate contributing to these polices. The Internet is still a young and evolving technology, so those of us in the technology community may feel like we are blazing new trails in our discussions, but in fact there is a rich history for all these Internet issues.

Debates around intellectual property, privacy and free speech are of course nothing new, but in fact all these issues received considerable attention from the Clinton administration during the Internet’s “invention.” A close examination of what was then called the “National Information Infrastructure” sheds some much-needed light on some of the early thinking underlying this emerging medium, painting a picture of the social forces shaping the Internet’s evolution.

The National Information Infrastructure, originally coined by TCP/IP co-inventor Robert Kahn, was the term used by Gore in the early ’90s to refer to the linked network that would provide access to educational material, government documents and electronic commerce to everyone in the United States. A series of Information Infrastructure Task Forces were created by the government to examine several key Internet issues in detail, including intellectual property, privacy, government information and applications and technology.

Additionally, there was also a National Information Infrastructure Advisory Council, consisting of members from outside the federal government including Delano Lewis, chair of National Public Radio, Alex Mandl, executive vice president of AT&T, and Robert Kahn. The council addressed the same issues as the different working groups, but from a broader perspective. Their published recommendations primarily focused on the educational and connective possibilities of the Internet as well as general policies to ensure all sides would be satisfied.

The group was likely influenced by prominent intellectual property attorney Paul Goldstein, who had written in his recent book “Copyright’s Highway” that without a swift expansion of copyright laws to encompass new technology, rights holders would not be compensated and consumers would have no market structure through which to express their preferences. Section 106 of the Copyright Act of 1976 gave IP owners exclusive rights to distribute their work, which the working group took to mean that all Internet transmissions of a copyrighted work should be governed by the rights holder.

They also recommended the use of technological protection to prevent any unauthorized transmissions. These views were not popular outside of media companies, who own the bulk of property rights. Telecommunications companies, educational organizations, libraries, law professors and even the advisory council all cautioned against this type of thinking, and over the next few years, there was a series of back-and-forth debates over which parts of the working group’s recommendations should be made law. Ultimately, the Digital Millennium Copyright Act included these two mandates, leading to DMCA takedowns and Digital Rights Management technologies.

Information privacy was another topic given attention, though in quieter ways than the DMCA debate. Information privacy has been a significant issue since 1890, when Louis Brandeis and Samuel Warren authored “The Right to Privacy” in the Harvard Law Review, warning against the encroaching privacy violations of instantaneous photography and widespread newspaper circulation.

There were several telecommunications privacy laws enacted throughout the 20th century, including the Privacy Act of 1974 and the Electronic Communications Privacy Act of 1986, so no new privacy laws were passed during the NII deliberations. However, the working groups did publish several reports on privacy and the NII, in which they proposed frameworks for alerting users what information they are collecting and for what purpose, assessing the precise needs for the information collected, and not using collected information in ways users cannot understand.

The reports also considered establishing an entity to balance the benefits and harms of personal information flow. The Electronic Privacy Information Center, a public interest group established around this time, critiqued the reports for their lackluster guidance and ignoring the 1973 Code for Fair Information Practices, which defined strict penalties for the misuse of consumer data.

These looser guidelines shifted the burden from the organizations collecting information to the individuals. The advisory council also criticized the report for not being user-oriented and ignoring the private sector, suggesting the working groups believed the federal government would address all privacy needs.

Free speech online was not a topic that had its own working group, but nonetheless became a center of focus as Sen. James Exon grew concerned over the ease of pornography access online. He proposed the Communications Decency Act, which made it illegal to “knowingly send or display [indecent content] in a manner available to” minors. Although the legislative branch was bitterly divided over the issue, Exon was able to pass the act.

A plethora of Internet cognoscenti, both from within and outside the NII task forces, took to the nascent medium to express their opposition. The advisory council, in contrast to its usual middle-of-the-road approach, stated firmly in a letter that “the government should not be in the business of regulating content on the Information Superhighway.” Exon’s response was to dismiss most of them as “first amendment belly-achers,” but the Supreme Court declared the act unconstitutional on those grounds the very next year.

As this article demonstrates, today’s debates around Internet content and access have their roots in an initiative nearly 20 years old. While many facets of the Internet have changed since then, much of the language and viewpoints surrounding these debates have not. It is telling that the term “National Information Infrastructure” is not common parlance today; as George Santayana famously said, “Those who cannot remember the past are condemned to repeat it.”

We cannot improve and advance the rhetoric and deliberations of Internet policy without a clear understanding of the actors, values and climates that shaped it in the past. Otherwise, future Internet policy issues will continue to look all too familiar.