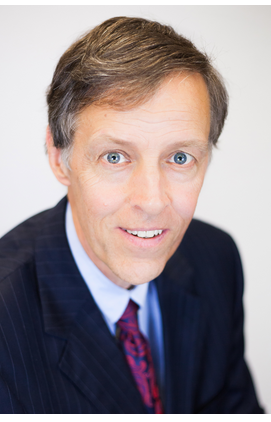 Robert Atkinson, president of the Information Technology and Innovation Foundation, is a FedScoop contributor.

Since the beginning stages of e-government in the 1990s, one of the promises has been that transforming government through IT would lead to not only increased convenience for users of government services, but also cost savings for government.

But while we have gotten more convenience and higher performance, in many cases, the cost savings have not accompanied them. With all levels of government facing budget crunches, governments will have to find ways to cut costs without cutting services — in other words, boost productivity.

But to date, boosting productivity in government operations has taken a back seat to other priorities. In fact, the federal government doesn’t even measure government productivity (although it does assess its e-government initiatives). Fortunately, IT — including cloud computing, data analytics, kiosks and mobile apps — now gives government the tools it needs to significantly boost the productivity of its operations. The real question is whether they will take advantage of them.

So, how should policymakers think about investments in e-government?

Even if an e-government application doesn’t save tax dollars, it may still produce real savings for the overall economy. E-government applications should be evaluated not just on the basis of what they do for the government enterprise, but also for the broader economy and society. These benefits, which can be in terms of more efficiency (e.g. reduced time for applications to be processed, the ability to file government forms electronically instead of in paper, less waiting in TSA lines because of TSA Pre, etc.) or higher quality (e.g. better access to government information), should be considered when making decisions about investments.

Second, they should differentiate between measures that cut government costs and measures that improve quality or innovation. One way to cut costs is to spend less on IT. In some instances, like data center consolidation and the shift to cloud-based services, this can lead to not just lower IT costs, but also improvements in quality. Clearly “doing more for less” — a theme advanced by Rep. Tom Carper, D-Del., the chairman for the Senate Homeland Security and Government Affairs Committee  — will become more important.

The House of Representatives included federal IT acquisition reform legislation to improve the management of IT within the federal government by strengthening the role of federal agency CIOs to promote data center optimization and reduce IT costs through greater use of cloud computing, as well as other reforms. And, the White House has initiated several federal IT transformation initiatives over the last several years, including policies to move forward the transition to cloud computing by federal agencies, more use of open data and overall transformation of the federal government through its Digital Government Strategy.

But all too often, the focus on cost cutting in IT means scrimping on needed IT investments. Case in point is the fact at that as the private sector has migrated to Windows 7, many in government remain on the Windows XP operating system, failing to find the funds to invest in upgrades. In some cases, governments have to spend more on IT to save money elsewhere.

Third, IT can enable government to increase revenue or reduce payments. For example, IT analytics can help root out IRS fraud, ensuring more tax cheats pay the taxes they owe. Similarly, analytics can reduce Medicare and other federal program fraud, limiting the amount of money government pays.

In addition, IT can reduce costs within government operations itself, boosting output per hour of work. For example, the installation of self-service counter-based kiosks in post offices could mean more transactions with fewer postal workers. The Office of Personnel Management created an electronic Official Personnel File, a digital version of the paper personnel files kept on federal government employees. This project not only saved around $55 per employee in reduced paper handling and storage costs for a governmentwide savings of $111 million, but it also saved federal human resources workers an estimated 60 hours of work per year. Given there are over 12,000 HR workers in the federal government, this is a savings of almost $18 million annually.

In this sense, the issues can be thought of a four-cell matrix as below:

Unfortunately, usually neither legislators nor administrators approach this issue comprehensively. In the private sector, IT investment decisions are evaluated on two factors: if it will cut costs and if it will increase revenues. Both are valid reasons for companies to invest.

But government is different because improvements in quality and innovation don’t usually translate into revenue gains because they come from the general fund. Often, appropriators don’t account for the benefits to citizens when making investment choices. Moreover, unlike businesses, which can keep all the bottom-line savings, government agencies who save money are rewarded with smaller budgets.

As a result, government officials tend to want to sell the case for added investment for government IT on issues like quality, employee retention and other often vague and amorphous benefits. It’s much easier to focus on how IT can help agencies improve mission performance than on how it can help them employ fewer workers. They also usually don’t want to commit to cost savings, in part because achieving them usually requires downsizing the workforce, something that is extremely hard to do given the onerous civil service rules and public sector union strength. Plus, Congress often gets in the game opposing downsizing to facilities in a particular member’s district (one reason why the postal service does not widely adopt more IT-based automation).

In contrast, Congress as a whole, particularly the appropriators, want to see bottom-line, budget savings from investments in IT, often overlooking, or at least minimizing, quality and innovation benefits, and even benefits to users.

Given the budget constraints governments face, going forward, it will be critical for administrators to show they are saving money with IT, not just adding another channel with which citizens can interact with government. To help move in that direction, one step would be for Congress to request the Government Accountability Office to conduct a study to identify 10 or so top IT innovations or investments various federal government agencies have implemented in three categories: cutting IT costs while getting the same or greater value; using IT to boost productivity in a way that cuts government costs or increases revenue; and using IT to reduce costs, including time costs, for business and individual users of government services.

Congress could also reform the Government Performance and Results Act to require each federal agency to report annually on the top five or so areas where they used IT to cut government costs or private sector costs. And each agency would be required to report the top five areas with cost cutting potential, the barriers — including those internal to the agency — that limit them from cutting costs and the strategy for the agency to overcome these barriers. In other words, GPRA needs to be much more about productivity and not just agency performance.

Fifteen years ago, when IT advocates, both inside and out of government, were making the case of IT-enabled government, they tried to close the deal with the promise for e-government to do more with less. So far, it’s mostly been about doing more, not having less. Now, it’s time to bring the promise of less to e-government.

by Sara Wilson • 1 min ago
Tech

by Sara Wilson • 10 mins ago
Modernization