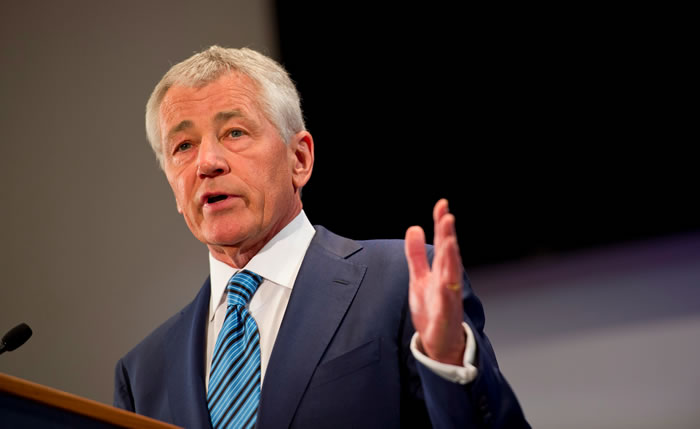 A House panel is calling on Defense Secretary Chuck Hagel to follow through on a recent plan to improve disability benefits claims processing for transitioning service members and veterans.

The House Committee on Veterans’ Affairs on April 12 sent a letter to Hagel addressing the initiative in which the Defense Department would start transferring complete and certified Service Treatment Records to the Veterans Affairs Department. The goal is to have the electronic transfer capabilities implemented by Dec. 31, 2013.

“This agreement has been represented by VA as a ‘game-changer’ in enabling and improving its disability benefits claims system,” the committee members wrote. “Ultimately, this will allow VA to issue compensation to disabled veterans faster. We support this joint initiative, and want to ensure that the resources required to execute it remain in place.”

The letter to Hagel follows a similar one sent March 25 by the Senate Committee on Veterans’ Affairs. Sens. Bernie Sanders (I-Vt.) and Richard Burr (R-N.C.) chairman and ranking member of the panel wrote about the “absolute need” for continued collaboration between the two departments.

The two letters indicate the disability claims backlog is “both bipartisan and bicameral,” according to the House Committee on Veterans’ Affairs

“The members of the House Committee on Veterans’ Affairs echo the request of the Senate – that you work to strengthen DOD’s existing partnership with VA as it improves its disability benefits claims system,” the April 12 letter stated.