Health IT in 2014 continued its path toward a system of interoperable and open data to improve patient care with IT systems.

“Consumers should be able to access their data,” then U.S. CTO Todd Park said in May at the 2014 Health Datapalooza, echoing the sentiments of other open health data pioneers. “Secure online access to their data is a right under [the Health Insurance Portability and Accountability Act].”

At that event, the Food and Drug Administration introduced a model of how open health data could benefit the nation. Called OpenFDA, the program featured millions of reports of drug adverse events and medication errors that have been submitted from 2004 to 2013.

“Through this new and novel approach to data organization, these reports will be available in their entirety so that software developers can build tools to help signal potential safety information, derive meaningful insights and get information to consumers and health care professionals in a timely manner,” said Dr. Taha Kass-Hout, FDA’s chief health informatics officer. “OpenFDA offers a scalable platform that can be easily searched and queried across many distinct data sets, can be easily redeployed or altered to fit a variety of purposes and provides an innovative public data search and analytics solution.” 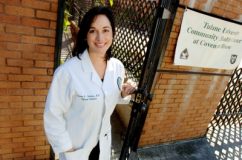 The Office of the National Coordinator for Health IT drove much of the innovation behind electronic health records as the policy lead on the issue. ONC spent much of the year working on a strategic health IT plan through 2020, which it released a draft of in early December. This document will act as the basis for next year’s forthcoming Nationwide Interoperability Roadmap; identifies the federal government’s health IT priorities focused around the collection, sharing and use of medical information through 2020; and “sets the course for the next few years for the federal policy and planning and work around health information technology,” said Dr. Karen DeSalvo, the national coordinator for health IT.

A recap of health IT in 2014 wouldn’t be complete, though, without mentioning a few of the biggest stories of the year in general national news that had some health IT implications: the Department of Veterans Affairs waitlist scandal, the Ebola outbreak in West Africa and Healthcare.gov’s second go around.

IT weaknesses played a critical role when dozens of patients at VA hospitals nationwide were put on waitlists and died before receiving timely care. Ever since, VA’s health IT system, the Veterans Health Information Systems and Technology Architecture, has been under fire, along with the officials responsible for the medical centers. Read more of FedScoop editor Dan Verton’s coverage here.

Perhaps the biggest news of the year on any level, when Ebola began spreading through West Africa, and even broke through American borders, agencies like the Centers for Disease Control and Prevention, and the U.S. Agency for International Development stepped up to the plate with IT efforts. USAID launched an Ebola Grand Challenge to fight the spread of the disease with innovation. Former U.S. CIO Steven VanRoekel also left his position to fight Ebola with the agency as chief innovation officer. And over at CDC, the agency used big data to aid the its larger efforts in the battle.

On a lighter note, after last year’s botched Healthcare.gov rollout, things were much better for the site in 2014. That said, Republicans couldn’t help themselves from subpoenaing former U.S. CTO Todd Park on his role in last year’s mess again.